The Bold and The Beautiful News Update: Kiara Barnes To Sing An Original Song She Wrote For B&B 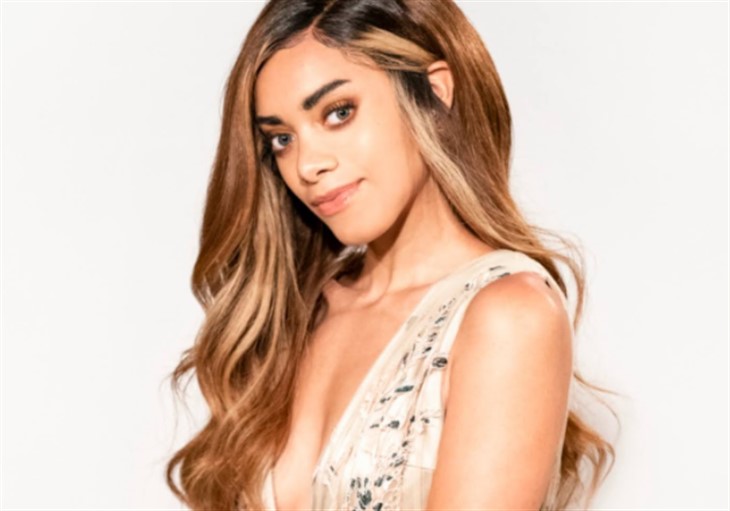 CBS The Bold And The Beautiful spoilers tease that fans will have a chance to hear Kiara Barnes (Zoe Buckingham) sing a song she wrote specifically for the Los Angeles show.

Barnes is a successful singer who has released her music in the past and on the show she will perform her original song, “I’m Just Fine.” You can see her character Zoe Buckingham sing the single in the episode that airs October 20, 2020.

Barnes is a native of Utah and currently lives in Los Angeles where B&B tapes. She relocated to New York City for a modeling career which included working with DKNY, Maybelline, Sephora, Nike, and Adidas.

She debuted on the CBS soap in 2018. Initially, Zoe had an English accent but that has disappeared without a trace.

B&B Spoilers –  Kiara Barnes Will Sing On The CBS Sudser

Barnes is not only a successful actress and former model, but she also takes enormous pride in her music career. In 2018 she released the EP, Sirens to the Moon. The EP features the songs Secret Garden, Girl at the Party, Evolving, and Dark Spell and you can find it on iTunes and Spotify.

We can’t wait to hear Barnes’ beautiful voice especially since she wrote the tune specifically for the show. What will her character Zoe Buckingham be singing about and to whom will she be singing?

The Bold And The Beautiful Spoilers – What Is Next For Zoe Buckingham in LA?

When Barnes debuted as Zoe the character was all kinds of shady. She had come from London to reclaim her man Xander Avant (Adain Bradley) and she was not shy about doing so. The slinky minx sunk her talons into the protesting fellow even though he had a SO.

Zoe was also involved in her father’s baby switch scam, but later was on the losing end of hurt when she was dumped at the altar.

Her life has gotten exponentially more interesting recently as Carter Walton (Lawrence Saint-Victor) has expressed his attraction to her. She seemed to be totally into him as well until Zende Forrester (Delon de Metz) showed up.

Zoe is now torn between two men and to make matters juicier, her spicy sister Paris Buckingham (Diamond White) is set to arrive any day now. These two have beef and it’s likely they will engage in an all-out war over the eligible bachelors as well.