The Young And The Restless Spoilers: Sharon’s Prognosis Looks Good – Is Health Crisis Over? 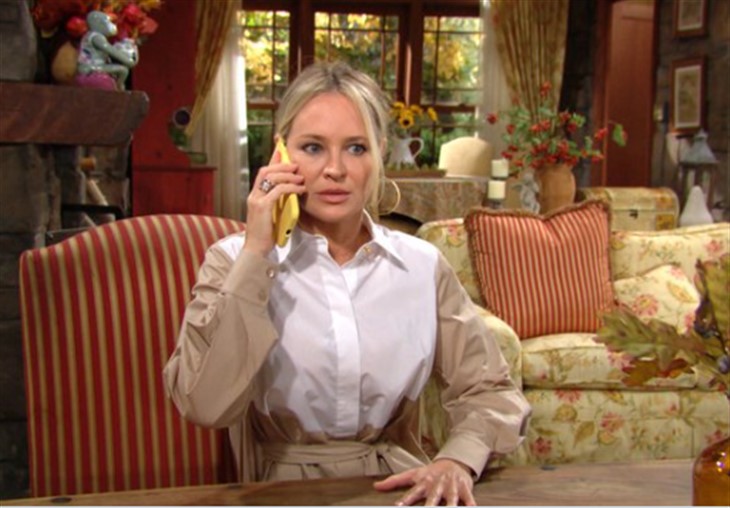 CBS The Young and the Restless spoilers document that Genoa City Sharon Newman’s (Sharon Case) prognosis appears to be good. She was understandably overjoyed when telling Rey Rosales (Jordi Vilasuso) that her margins were clear.

Anyone in the audience who has overcome cancer, or is connected to those who have, know that optimism rightly abounds when this type of news is learned. At the same time, it’s reasonable to remain cautious and to continue following whatever suggested guidelines doctors are advising. The future isn’t to be feared but lived with gained experience and gratitude.

The Young And The Restless Spoilers – Good News Seen In Fall

Sharon has been battling the sobering breast cancer diagnosis for many months. The production shutdown happened at a time in the storyline that caused viewers to have to wait from the early spring until August before realizing the results of Sharon’s then non-invasive surgery.

All didn’t go as hoped, with further surgery following. So, the good news that Sharon has learned in October is not only upbeat but long-awaited. A measured response accompanies that time stretch.

Sharon allowed herself to be drawn, yet again, into Adam Newman’s (Mark Grossman) ever dysfunctional existence. She agreed to become his therapist, which led to him recovering memories about what happened at his childhood home in Kansas.

However, Sharon later told Adam that she would never love anyone as she loved him. That was a soapily curious, as Y&R hadn’t pushed the Shadam reunion button in many years, even including the one-time cavort these characters had nearly a year ago when both people were single.

Deciding that she wants to marry Rey represents a desire to seek refuge instability. Vilasuso’s character is a stand-up guy, whereas Adam remains the bad boy Nick Newman (Joshua Morrow) has long feared.

Morrow’s character was the first to recognize that Sharon is attracted to Adam’s darker elements. Of course the same is true for Nick with Phyllis Summers (Michelle Stafford), who he’s back together with.

The case has been her typical great within this cancer storyline. No known news about a departure from the cast exists, so it’s fair to assume she’ll remain with the show indefinitely. That assumption is comforting for all who value this iconic actor.

With Sharon’s place seemingly secure in Genoa City, Wisconsin, she’s going to beat cancer. Sure, it could return someday, or she could face another type of health crisis. But it feels like it’s time for Sharon to be fully healthy and also to become Sharon Rosales.