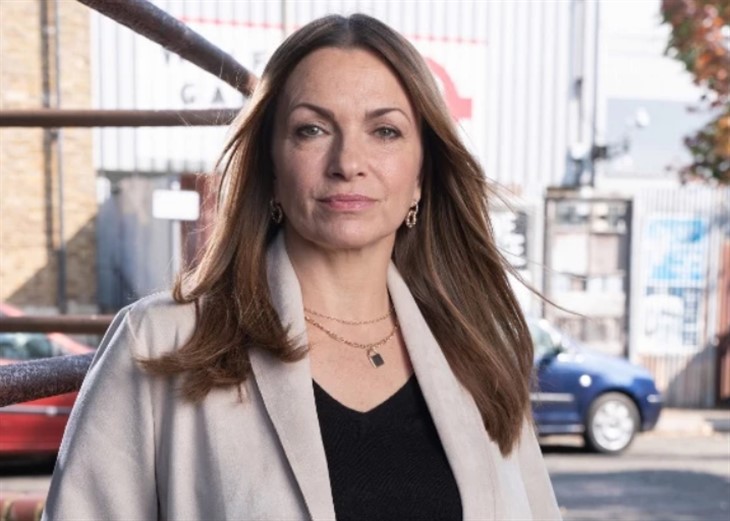 BBC Eastenders spoilers reveal that we are finding out that London Mick Carter (Danny Dyer) was sexually abused as a child by the woman who was supposed to be taking care of him. Once Frankie Lewis (Rose Ayling-Ellis) realized the horrifying truth, she disappeared. It is only a matter of time before Katy Lewis arrives in Walford and demands answers about her missing daughter.

During the hiatus, Dyer teased that he was getting Mick’s best and biggest story in all the years the actor has been on the soap. There were a lot of speculations, but it wasn’t until Frankie told Mick that she might be his daughter when fans figured it out. Now, we are seeing Mick struggle with the fact that Katy sexually abused him and it resulted in a child.

Eastenders spoilers reveal that Frankie is also struggling with the realization. Not only has she learned what her mother did, but she is frustrated with how Mick is dealing with it. As fans recently saw, Frankie sent a text message quitting her job and disappeared. However, we all know this is not the end of the story.

It seems that at some point, Frankie is going to come back and face Mick. We could also see Katy Lewis arrive in Walford. Mick needs some sort of resolution or closure. He also reserves the right to face his abuser. However, she could arrive for another reason and try to paint herself as the innocent one.

Eastenders spoilers suggest that Katy could confront Mick and demand answers. She will want to know where her daughter is and why she disappeared. However, Katy might be in for a shock when Mick turns around, faces his abuser, and has his own confrontation.

Unfortunately, abusers typically turn things around and try to further victimize their victims, making it seem like they were the ones that were coerced or abused. What will happen in Mick’s case and what does the future hold for Frankie when — and if — she ever comes back?

Do you think Katy Lewis will end up coming to Walford to look for her daughter? How will Mick Carter deal with her if that time comes? How will Shirley Carter deal with the fact that she left her son in the care of someone who abused him?