General Hospital Spoilers: Brook Lynn Overhears Neds Confession, How Will She Use The Information? 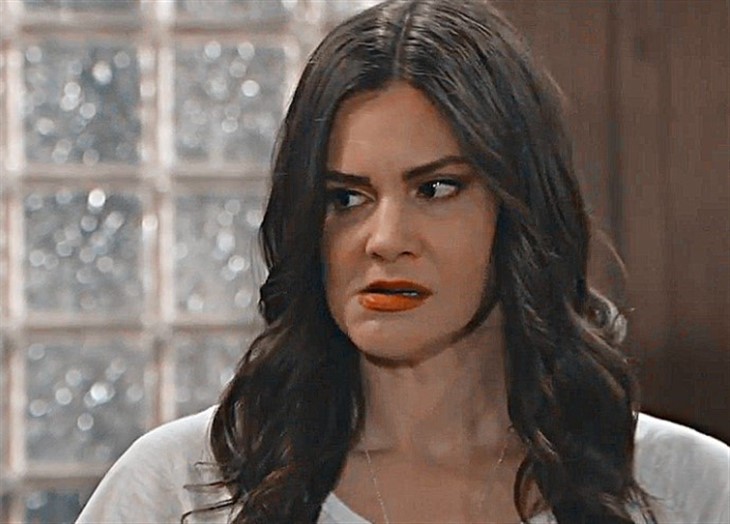 ABC General Hospital spoilers and updates revealed in Port Charles, New York Brook Lynn Quartermaine (Briana Lane) is already furious with her father Ned Quartermaine (Wally Kurth). Now that Brook has overheard Ned’s cheating confession, what will she do with it?

General Hospital’s Brook needs a home. Brook refuses to stay at the Quartermaine mansion because Ned disowned her and threw her out. Brook feels that everyone looks at her with pity because of Nelle Jerome’s (Chloe Lanier) attack that almost killed her. Brook knows that her father would never have asked her back if she hadn’t been hurt.

However, Brook was staying on Harrison Chase’s (Josh Swickard) couch and he just kicked her out. Brook is desperate for somewhere to live. Brook could blackmail Ned isn’t getting her a place of her own. Brook is partially to blame for Ned being upset about his wife’s disappearance. However, Ned chose to cheat and the consequences are on him.

General Hospital’s Brook needs money as well. Brook just got fired because she didn’t want to admit to anyone that she could no longer sing. Now that Brook cost Deception a major deal, Lucy Coe (Lynn Herring) has washed her hands of Brook. Brook chose to keep quiet about her medical condition and it’s a life-changing event.

Brook should have admitted that she could no longer do her job. Now that Brook needs money, will she blackmail her father to get it? Ned had insisted that Brook take care of herself, which she had tried, yet after Ned has berated Brook for doing what she had to do, perhaps she feels she deserves to get revenge. How much is Ned willing to pay to keep Brook quiet?

General Hospital’s Ned seems like he can do nothing without taking potshots at Brook over her bad decisions. The more Ned talks the madder Brook gets. Will Brook agree to move into the house on the condition that Ned keeps his mouth shut? Brook does not want the type of relationship with Ned that her grandmother had with her father. Ned seems to be becoming more and more like Edward Quartermaine (John Ingle) every day. Monica Quartermaine (Leslie Charleston) has warned Ned that he is turning out just like his grandfather. Will Ned back off and allow Brook to stay at the mansion without continuing to goad her? Can Brook and Ned ever repair their relationship?

Brook tends to bounce back no matter what situation she gets herself into. Brook is sure to bribe Ned with something that makes sure she comes out on top.