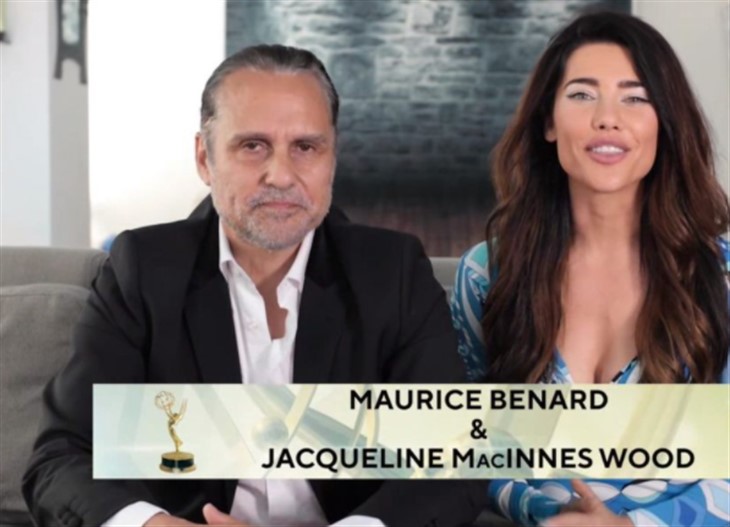 General Hospital spoilers – How were Maurice Benard and Jacqueline MacInnes Wood sitting together for the Daytime Emmy’s?

Fans went wild speculating whether or not the two were actually in the same room or if special effects were to thank for their appearance. Of course, the COVID-19 pandemic was to blame for the show being virtual so would it be possible for two presenters to get together?

Wood recently spoke to The TV Watercooler and this situation came up—how did she answer this conundrum?

“Well, it’s Maurice Benard!,” she said. “Of course, I’m going to sit beside him! Hello?” She explained that both of them had been properly tested beforehand so it was safe for them to sit next to each other.

About the situation, Benard tweeted, “She’s so sweet I can even tell you I’m a fan.”

Will we see them together again at next year’s Daytime Emmys? Each star has had a major front-burner storyline this year so we would not be surprised at all to see them pick up awards.

On GH Benard’s character, Sonny Corinthos has dealt with the death of his father Mike Corbin (Max Gail) from Alzheimer’s. He is also battling an intense mob war and his wife is up to her eyeballs in lies about a recent death in town. Plus, it looks like his mentee, Dev Cerci (Ashton Arbab) is pulling a dirty trick on his family.

On B&B Wood’s character, Steffy Forrester was involved in a motorcycle accident that left her needing pain pills. She became addicted and in the throes of dependency, she pulled a knife on her loved ones. On top of all that, she is moving on with Dr. Finn (Tanner Novlan) a handsome doctor who may or may not be a good guy!

In other words, both actors are turning in Emmy’s worth performances you don’t want to miss!