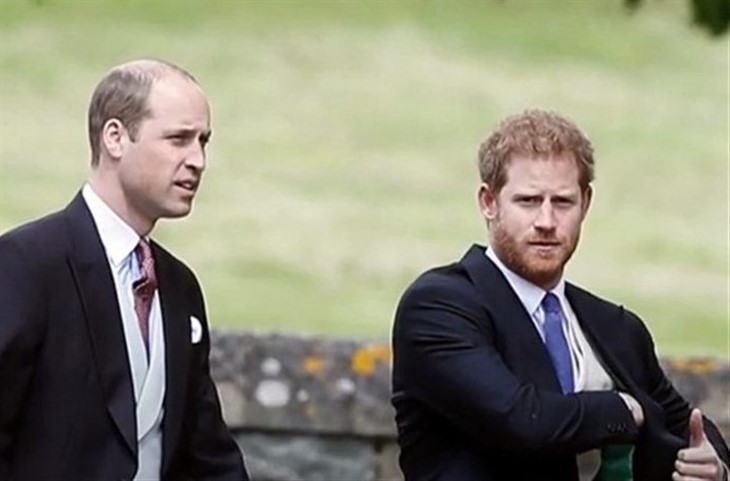 British royal family news reveals that historian Robert Lacey is in a premier position to pontificate about the relationship between Princes Harry and William. He wrote what is considered to be the definitive biography of Queen Elizabeth, and his new book, Battle of Brothers: William and Harry – The Inside Story of a United Kingdom Family in Tumult, examines their fraught brotherly dynamic.

He recently spoke to ET about his observations and his conclusion of what will become of their bond is startling.

Lacey says he wrote the book to show how, “their lives were shaped, cruelly really, by the breakdown of their parents’ marriage and by the royal roles and distortion that was placed upon them.”

Astonishingly, he claims William, “was the rambunctious character and it was Harry who was the good little boy who sucked his thumb. Then William discovers that he’s going to be king, he becomes much more serious and quiet between the age of six or seven. Harry goes the other way.”

And he sets the record straight on Meghan Markle’s role in their reported rift. According to Lacey the tension between the two brothers started before Meghan arrived, but her arrival did increase it.

Prince Harry And Meghan Markle’s Tell-All Body Language: Here’s What The Duke And Duchess of Sussex Are Really Telling Fans

Lacey also implies, “There is a school of thought that it suits William very well for Harry and Meghan to be the scapegoats living abroad,” but points out that the coronavirus pandemic has taken a toll on the brothers’ ability to fix their relationship.

In the end, what does Lacey see happening to the bond between Harry and William? Sadly, he thinks the siblings are now on separate paths that will never intertwine.

“I think we’re gonna have to face the reality that these are two brothers that have drawn two different lessons from their troubled childhoods and they’re going in different directions.” He adds, “I think the best we can hope for is that they can maintain their fundamental love and respect for each other and remain in good terms for the future, but I don’t think we’re going to see Prince Harry and Meghan as working royals back in the family.”