Dancing With The Stars 2020 Spoilers: Peta Murgatroyd Relieved That This Season Is Over For Her 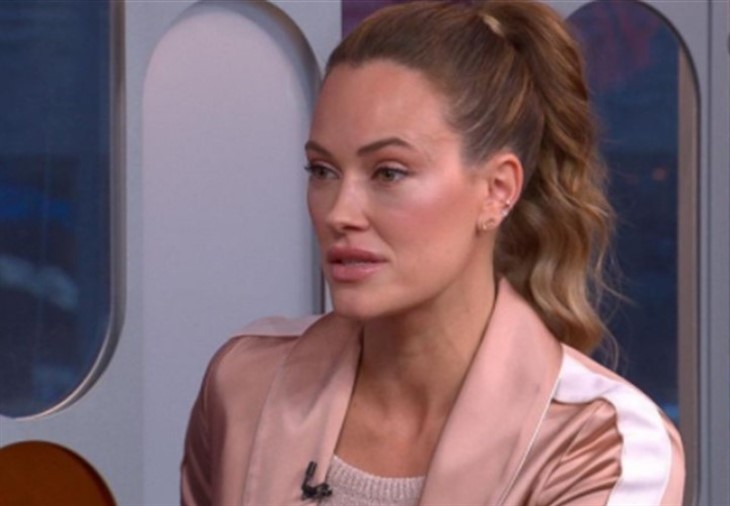 ABC Dancing With The Stars 2020 spoilers say that while Peta Murgatroyd certainly loves her day job, she is feeling a sense of relief now that the season is over for her. But that’s because she has a very good reason for it. The Hollywood professional ballroom dance says that now that she and her partner Vernon Davis have been cut from the show, she can finally work on a new “project” with her partner, Maksim Chmerkovskiy: a new baby. Here’s what she has to say.

Dancing With The Stars 2020 Spoilers: Peta Murgatroyd Is Relieved That This Season Is Over For Her

Speaking to Us Weekly in a new interview, Peta says that she is certainly ready to expand her family. When asked if she is looking to get pregnant again, Peta replied with, “Yes to baby No. 2. For sure. I’m ready!”

Peta welcomed her baby boy back in January of 2017, a few months before she and Maks got married in New York. While Peta says that she wants her two children to be close in age so that they can grow up playing together, she is definitely going to miss being on the dance floor during her pregnancy.

Dancing With The Stars Spoilers Season 29: Tyra Banks Slammed For Stealing The Spotlight From Contestants

“Usually I’m choreographing for three hours in the morning and then I go see Vernon and we practice the rest of the day,” the DWTS pro told the site. “It’ll be nice to just have a chill morning, but I’m also really gonna miss it. We were just speaking about how much we love having a schedule … and that’s gonna be annoying for me for a second, but I have my family.”

Peta also added that her little tot has started dancing, just like his famous parents. Now, whether or not Peta does get pregnant before the end of the year remains to be seen, but seeing how much she and Maks are in love, there’s no doubt that they’ll be working on their baby plans soon enough. We will definitely update you with all of the latest details as they come in.