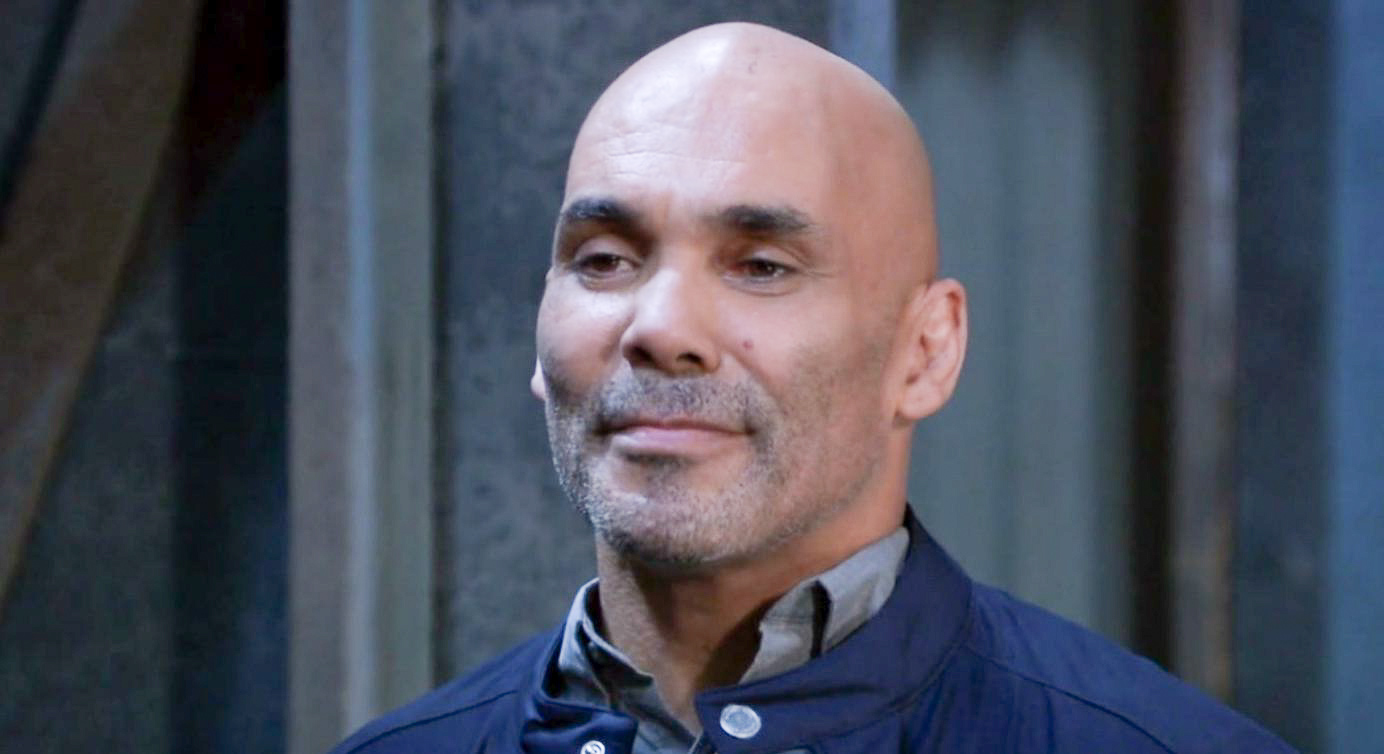 ABC General Hospital (GH) spoilers tease that the things that go bump in the night will be in full force in Port Charles, New York on Halloween night. It seems that a masked man will be stalking the streets. While this is the plot of several horror movies, this masked man may be on the side of good! There is one former Port Charles resident who has very good reason to keep his identity a secret. And that man is Marcus Taggert (Real Andrews).

Taggert’s daughter Trina Robinson (Sydney Mikayla), along with Cameron Webber (William Lipton), had been kidnapped in an attempt to draw Taggert out. Taggert knew that Cyrus would continue to go after his family if he knew that Taggert was still alive. So Trina and her mom, Portia Robinson (Brooke Kerr) were kept in the dark. In addition, Jordan didn’t tell her husband, Curtis Ashford (Donnell Turner).

GH Spoilers But At What Cost?

Unfortunately, Taggert’s death has left Trina angry and ready to get justice for her father. Part of Taggert and Jordan’s plans involved exposing Taggert’s role in producing fake evidence to get a conviction and put Cyrus in prison. Cyrus forced Jordan to find a way to get him released, so Taggert’s illegal act was brought out in the open. This angered Trina who has vowed to prove Taggert innocent. This could bring dangerous to Trina as well as her friends.

Flashforward to Halloween, spoilers say that a masked stalker with be following the teens. Julian Jerome (William DeVry) will confront the man and unmask him. This is will be the second time that Taggert and Julian have come into conflict. Julian will likely press Taggert to reveal his identity. Once he does, the question is, will Taggert tip-off Cyrus? If he does, Trina could be in danger once again. Hopefully, Taggert can make Julian see that his identity needs to remain a secret for now.

Will Julian reveal Taggert’s identity? Will Trina find herself in danger because of her father once again? Can Trina handle the truth about Taggert’s guilt? Anything can happen in Port Charles, so stay tuned to General Hospital, airing weekdays on ABC. And don’t forget to check back here regularly for all your General Hospital news, information, and spoilers!