The Bold And The Beautiful Spoilers: Brooke Defeated Quinn and Shauna – But Drama Is Up Ahead? 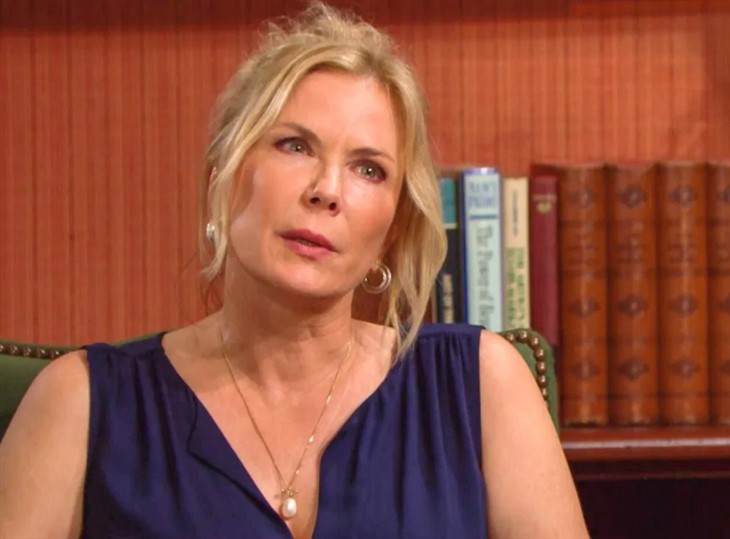 CBS The Bold and the Beautiful spoilers document that in Los Angeles Brooke Logan (Katherine Kelly Lang) defeated Quinn Fuller Forrester (Rena Sofer) and Shauna Fulton (Denise Richards). With Ridge Forrester (Thorsten Kaye) restored as her husband it would seem that all is well in Brooke’s part of Los Angeles, California.

But daytime isn’t about tranquility, except for brief periods. So, with a week or so of peace in her life, Brooke is sure to be confronted by drama or to pursue that course herself. Two characters, in particular, are persons of interest in that regard.

The Bold And The Beautiful Spoilers – Bridge Was Never Really Broken

With the above issue smoothed and Shauna’s admissions, Ridge and Brooke’s latest reunion story has been told. But Brooke has begun digesting all that Quinn incited and surely can’t just let her actions go.

Dropping the Forrester name from Sofer’s character seems to fit with what Eric Forrester (John McCook) telegraphed. He’s kicking her out of the mansion, with Quinn lurching to Wyatt Spencer’s (Darin Brooks) home.

Brooke will certainly support and enforce Eric’s choice to at least split from Quinn, if not to permanently slice her from his life, although not from his heart. Just as Quinn worked Ridge’s psyche on countless occasions, so too will Brooke focus on Eric.

The Bold and The Beautiful News Update: Rena Sofer Shares A Fun New Project She Has With Fans

However, Brooke’s actions won’t begin with duplicitous intent. She has valid reasons to keep Quinn away from Eric. And, as viewers know, Eric values Brooke’s opinion deeply and she’s once again been proven right about Quinn.

Is Thomas Forrester (Matthew Atkinson) totally better? No, but he’s actually trying to control himself.

Brooke will recognize that Thomas means it when he says that he wants back into the Forrester family and the fashion business. She won’t be shy about presenting her powerful perspective to Hope Spencer (Annika Noelle), or to anyone else who will listen. Ridge would be the implied audience in that regard.

All are leery of Thomas, through his own doing. So, B&B fans will anticipate pushback from Thomas when Brooke tries, or succeeds, in slowing his hopes of rushed redemption opportunities.