The Young And The Restless Spoilers: Sharon’s Cancer Diagnosis Is Great – Why Rush To Marry Rey? 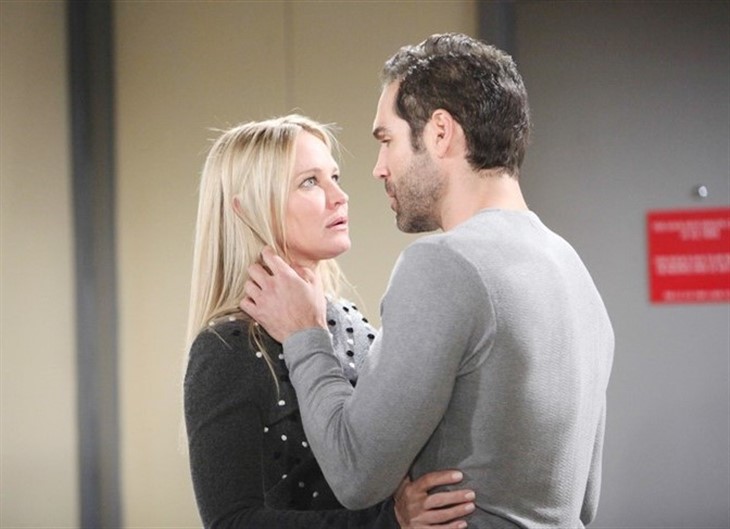 CBS The Young and the Restless spoilers document that in Genoa City, Wisconsin Sharon Newman’s (Sharon Case) news about cancer is terrific. She can count her blessings now that it seems that this long struggle may be turning toward the light.

While cautious optimism remains in order, it’s possible that Sharon will be diagnosed as fully cancer-free this fall. Her markers are improving, which thrilled her intended husband, Rey Rosales (Jordi Vilasuso), the instant he heard the wonderful news.

However, Sharon’s choice to marry Rey is highly questionable. This decision may purely be a response to the emotional pressure Adam Newman (Mark Grossman) has been recently applying.

Rey loves Sharon. He genuinely wants to become her husband and it’s also fair to say that she is interested in becoming his wife as soon as possible.

Faith Newman (Alyvia Alyn Lind) can sense that her mom is putting on a front. She knows that Sharon cares about Rey. But Faith has long been wise beyond her years. In this instance, she recognizes that Sharon is using marriage plans as a distraction.

Sharon told Adam that she would never love anyone as she loved him. Thankfully Nick Newman (Joshua Morrow) wasn’t around to hear that statement, as it would have hurt his ego and enraged him because his little brother was involved.

While Shadam was a great love story, a creative license is being used in having Sharon suggests that Adam is her greatest, all-time love. But soap is about suspending disbelief, so let’s move forward with this plot.

Sharon is trying to ward off a reunion with Adam by marrying Rey. Vilasuso isn’t saying if he’s questioning Sharon’s motives and timing. But Rey may eventually reveal his thoughts, whether Shey marries, or not.

Here’s hoping that cancer has been, or is about to be defeated. With a clear mind and heart Sharon will then be able to take a balanced look at her love life.

If she really isn’t in love with Rey, then Shey won’t make it long-term. Being with Adam wasn’t smart in the past and likely won’t be wise if she allows herself to fall for him again. But a daytime love story involving the potential return of Shadam would be strongly intriguing.