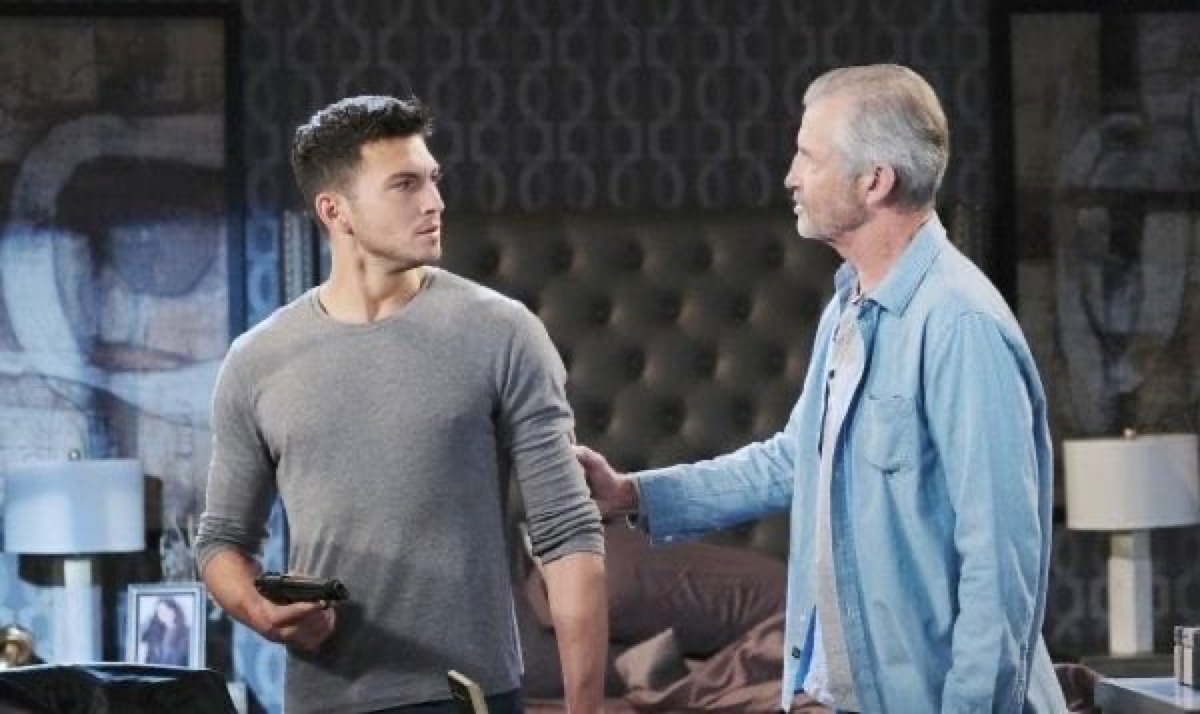 NBC Days of Our Lives spoilers reveal that in Salem Clyde Weston is spending a lot of time trying to “help” his son. This includes stopping Ben Weston (Robert Scott Wilson) from killing Vincent Belman (Michael Teh). It’s an interesting element considering Clyde is a career criminal. Actor James Read explains Clyde’s compulsion and desperate attempt to “reconnect” to his son.

DOOL spoilers reveal that Clyde was sent to prison and was given no release date. He could be there until the day he dies. Now, he certainly deserves to be in prison for everything that he’s done. However, Clyde is beginning to realize everything that he is missing. So, it makes him even more desperate to get out of prison and reconnect with the only family member he has left.

Even though Clyde didn’t get along with Ciara Brady Weston (Victoria Konefal) at first, she did grow on him. She earned his respect after her dramatic rescue mission, which saved Ben from the death penalty. Speaking to Soap Opera Digest about what is going through Clyde’s head, actor James Read said,

“He’s learned of Ben’s tragedy, feels robbed in that he hasn’t been able to be a part of either his joyous celebration, his wedding, or to be able to console him in his pain, so there’s a strong compulsion.”

Ben Weston is His Only Family

Days of Our Lives spoilers reveal that everyone else that Clyde is connected to by blood or marriage is dead. His wife passed away in a car crash, which was caused by Jordan Ridgeway (Chrishell Stause). Clyde did not have a good relationship with his stepdaughter, but she is also dead. The only person that Clyde has left is his son, Ben Weston. However, that relationship is strained and dysfunctional.

Clyde keeps trying to stop Ben from killing Vincent. However, viewers remember that Clyde was so proud when he thought Ben murdered his own sister. So, what exactly is Clyde’s deal? The actor explained,

“Ben is Clyde’s only connection to the outside world. He’s been in the slammer for so long and there’s no release date. Every day he spends inside is a day he doesn’t spend with his only blood relative… He always wants to reconnect with Ben, and Clyde has it in his mind that he’s the one to help him out.”