The Bold And The Beautiful Spoilers: Thomas Obsession Is Hope’s Fault, Matthew Atkinson Explains Why 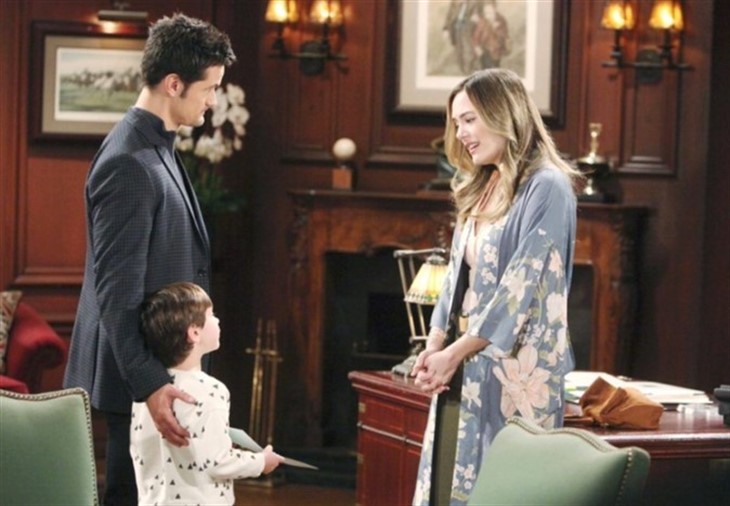 CBS The Bold and the Beautiful spoilers reveal that Thomas Forrester’s obsession has either been rekindled or it never really went away. Hollywood Actor Matthew Atkinson suggested that it really is Hope Logan’s (Annika Noelle) fault. She let him back in after everything, she gave him something to look forward to and she has forgiven him every time, no matter what he has done.

B&B spoilers reveal that Thomas is very good at acting like he is all better. We have seen him do it before and it appears that he’s doing it again. He is starting to give hints that he’s obsessed, such as begging Hope to use him on her line. However, she chose Zende Forrester Dominguez (Delon de Metz) over Thomas, which infuriated the villain. Even so, he is trying to plead his case instead of just accepting her answer and moving on.

In the new issue of Soap Opera Digest, Atkinson explained why Thomas is going on this obsession merry-go-around again. The actor implied that Hope is really to blame for this. She never cut him off completely. She kept the line of communication open. Now, she can claim that it’s for Douglas Forrester (Henry Joseph Samiri), but there are ways around that. Due to her not cutting him off and continuing to let him hang around her desk, she’s encouraging him.

The Bold And The Beautiful Spoilers: Brooke Defeated Quinn and Shauna – But Drama Is Up Ahead?

The Bold and the Beautiful spoilers reveal that Thomas isn’t the only manipulator in this “relationship.” Hope has done her fair share of scheming. After all, she tried to convince Thomas that she wanted to be with him in order to get access to his child. Now, she can justify this all she wants, but she schemed just as much as he did.

Atkinson told the magazine, “Thomas is pleasantly surprised that Hope is able to see him in a new light, or at least try and see him in the old light before he made a lot of mistakes. Because of that, it has given him a sense of rejuvenation in a lot of ways, because he feels like there possibly is a light at the end of the tunnel

There is something to look forward to, because it seems that Hope’s ability to show compassion is pretty extreme, given what they went through and everything that he caused.”