Days Of Our Lives News Update: Mike Manning Dishes On What It’s Like Learning How To Juggle Roles 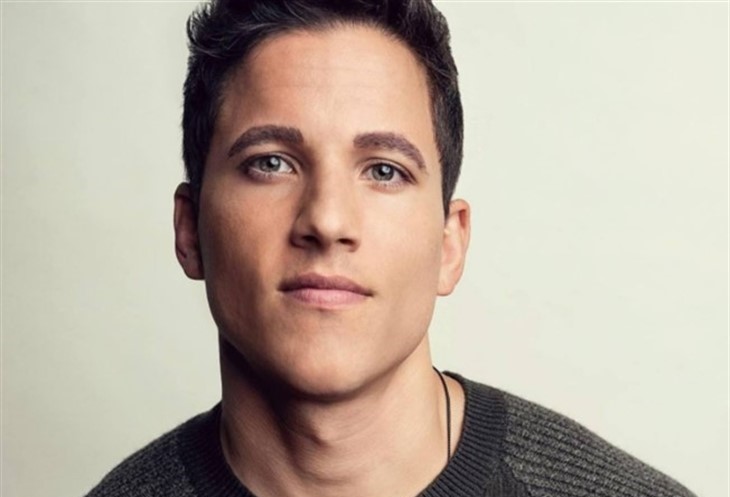 NBC Days of our Lives spoilers reveal that newbie Mike Manning (Charlie Dale) has a lot to celebrate these days. Not only has he landed a role on the NBC daytime drama, but he’s also received an Emmy award for his work on the digital soap The Bay.

Mike recently talked to Soap Opera News about his busy and exciting life and we have the full scoop for you here.

The outlet asked how Manning is finding his new job and he replied, “I just love the show and everything that we’ve done so far.” He also gave a shoutout to Isabel Durant (Claire Brady) who could become an onscreen love interest. “It’s been wonderful working with [her]. I think fans can tell that there’s sort of a blossoming romance there. She has just been so kind, so gracious. Being the new kid in school, I’m really lucky to have a scene partner like her.”

Manning had never seen the show before he was hired but we will be seeing him for the long term as the handsome and talented star has signed a contract. The character has become quite a mystery for viewers. “I don’t know how much has been released yet,” he said, “but he’s quite a complex character. I’ve been reading some of the message boards online and I know that there are a few theories on who he is. So, that’s really fun. I think it’s going to be a wild ride and I hope that people like me.”

DOOL Spoilers – Mike Manning Is On DOOL And The Bay

Despite being new to DOOL Manning has worked on the digital soap, The Bay. That meant he already knew Bay and DOOL stars Mary Beth Evans and Brandon Beemer.

Manning plays Caleb McKinnon on the series and he says, “We shot Season 6 this summer and it was the first thing I had shot since January. When I found out about Days of Our Lives I panicked a little bit. I was like oh, my gosh. I haven’t been on a set all of 2020. I’m going to show up and forget how to act. Then I found out that we were shooting The Bay at a secluded ranch so it was really great to be able to do that.”

Manning was a producer on the fifth season of The Bay and he earned an Emmy, along with the rest of the cast and crew, for Outstanding Digital Drama.

All work and no play make for a dull life and Manning is not about to let that happen. What’s he doing in his downtime? “I’m trying to learn how to juggle,” he shared, “and it’s a lot harder than you think.”

That’s not all, “During quarantine, I’m giving myself things to do. I’ve been trying to work out more, spend more time with my dogs, go hiking, and things like that. And one of the things I put on my list – and I’m a very stubborn person – one of the things was juggle. I’ve been able to do a lot of the other things but I just can’t juggle. It’s really frustrating.”