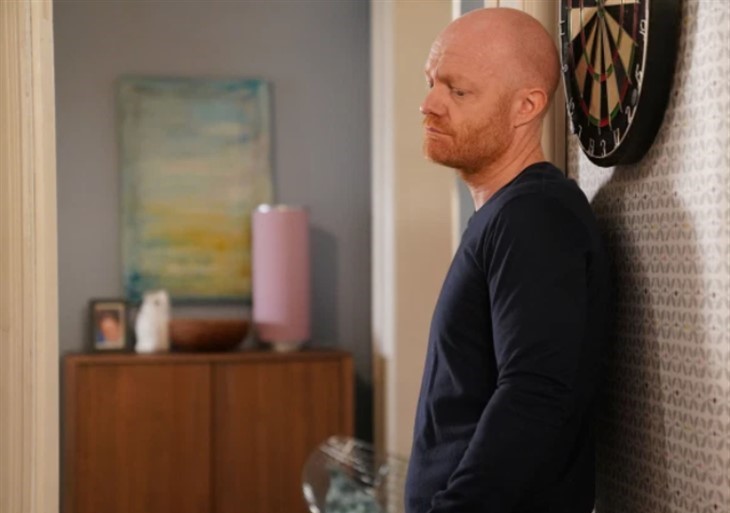 BBC Eastenders spoilers reveal that in Walford Max Branning (Jake Wood) learns about Carter’s financial problems. He offers Linda Carter (Kellie Bright) a shift at the restaurant, but when she talks to Mick Carter (Danny Dyer), he lashes out at her. She accepts Max’s offer and Eastender viewers recently discovered how he feels about Linda. Could he give her a big gift before leaving Walford?

When new episodes returned after the production shutdown, fans saw how Mick tried to help his wife avoid temptation by giving her a mocktail. However, the non-alcoholic drink couldn’t help her avoid wanting a real cocktail. When she took a quick sip, Max happened to see her. Instead of judging her like everyone else, he understood. The two bonded and ended up sharing a kiss, which Linda immediately regretted.

Eastenders spoilers reveal that since selling The Vic, Mick didn’t have much luck in his job search. Linda ended up taking a job at the laundrette, but money from the pub sale wasn’t going to last forever. In fact, they are starting to have serious money problems.

Max has empathy for Linda and her financial problems, so he offers her a shift at the restaurant. She tries talking it over with Mick, but he is consumed by his own problems, including his childhood sexual abuse producing a child. He ends up snapping at his wife, so she takes matters into her own hands. She accepts the offer for a shift at Max’s restaurant, knowing that the extra money can help her family.

A Huge Gift That Could Change Everything?

According to Express, Max’s feelings for Linda could lead him to give her a pretty huge gift when he leaves Walford. Could he extend a lifeline by handing her the keys to the restaurant? It certainly is possible and next year, the restaurant could have a new owner. Let’s just hope that Linda will own it outright and Ian Beale (Adam Woodyatt) will no longer own part of the business.

However, we’re not sure how Mick will feel about Max giving Linda such a generous gift. It could make him think that something more than a kiss happened between them. We will have to keep watching to see what happens with this storyline.