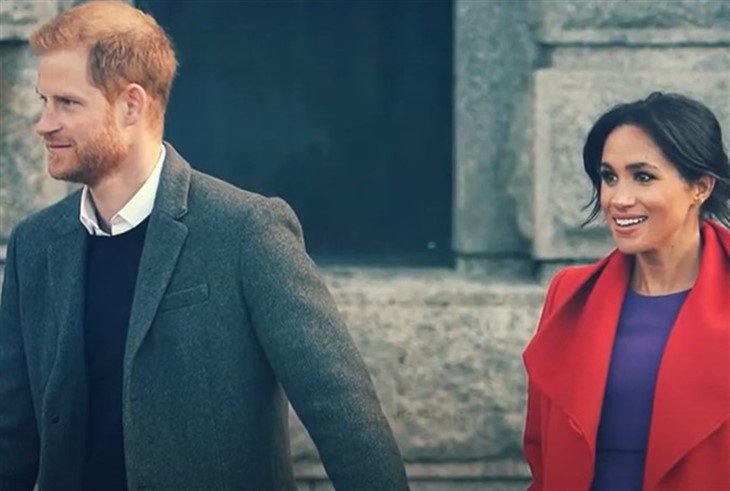 British royal family news drops the bomb that one royal watcher blames a decision Queen Elizabeth made decades ago for the departure of Prince Harry and Meghan Markle from the United Kingdom and the royal fold.

The expert notes that the money-hungry (by their own admission) pair were motivated by their own agenda but that at the same time decided to drop out is also on the queen’s shoulders.

It was in January that the couple announced to the world that they wanted “financial freedom” and planned to pursue this as the part-time UK and North American residents. Queen Elizabeth said fine, don’t let the door hit you on the way out, but negated their nervy half concept.

In response Harry whinged that he was so sad he couldn’t eat his cake and have it too, moaning, “I’ve accepted this knowing it doesn’t change who I am or how committed I am, but I hope it helps you understand what it had come to, that I would step my family back from all I have ever known to take a step forward into what I hope can be a more peaceful life.”

Why A Royal Expert Believes The Queen Is To Blame

Royal watcher Simon Jenkins asserts that a 1969 documentary played a role in Harry and Meghan’s decision to leave. In a January New Statesman article, he wrote, that the documentary made the royals more visible and by extension that spotlight ruined life for Harry and Meghan. His contention is a bit of a stretch, and many royal watchers would say that the Markel’s are quite capable of rumbling their lives all by themselves.

Meghan Markle, Duchess Of Sussex Demanded Prince Harry Walk Away From His Family For This Reason

Jenkins writes, “I blame the queen. Why were the couple, so distant from the throne, in this absurd position in the first place? The truth is that they were victims of a policy dating back to the 1960s, a decision by the queen to embark on a new concept of monarchy.”

He is talking of the 1960’s documentary titled Royal Family meant to show the royals as more average and less haughty: “It was crudely to make a family soap opera. Afterward, the queen (and Princess Anne) thought the film a terrible mistake. She hated it, had it locked away, and banned repeats.”

Years later, in 2019 Harry and Meghan made their own documentary titled Harry & Meghan: An African Journey. In it, they talked about being celebs and not liking it, something that strains credulity given how they have thrust themselves into the spotlight time and again.