The Young And The Restless Spoilers: Devon Moves On From Elena To Amanda – But Hilary’s Sister Says NO WAY 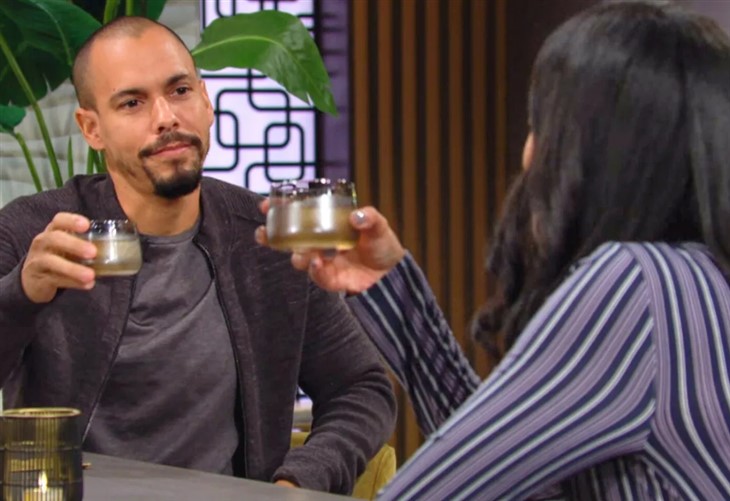 The Young and the Restless spoilers document that in Genoa City, Wisconsin Amanda Sinclair (Mishael Morgan) certainly isn’t in love with Devon Hamilton (Bryton James), though she is fond of him. However, Y&R fans saw that she was quick to apply the brakes to a trip he wanted to take with her following Elena Dawson’s (Brytni Sarpy) devastating reveal. That was smart, as it prevented Devon from pursuing her because of a bad impulse.

Devon offered a surprising answer when asked a pointed question. Amanda wondered, or knew, that Devon wanted to push this trip as a way to get back at Elena and Nate Hastings (Sean Dominic). He admitted her suspicion was true.

The Young And The Restless Spoiler Insights

Amanda has been wondering why she was separated from her sister at birth. So, new information her private investigator has unearthed about Hilary’s early days could lead to an advance in knowledge about Amanda’s backstory, which included being an orphan.

Devon is the closest known relative that she has. He’s her brother-in-law and hadn’t projected as more than that in anyone’s mind, except Elena’s.

Hevon Was Great At One Time

There’s no doubt that the power of Hevon’s history, the depth of grief Devon endured, and overcame with Elena’s full support, along with other factors naturally created concern in the mind of Sarpy’s character.

But Hevon doesn’t translate into Demanda (Devon plus Amanda) instantly. However, that’s infinitely easier to believe than it is to be Elena.

She wasn’t wrong in noticing Amanda’s fondness for Devon, or in seeing his unique response to her. But the oddness of the soapy situation is driving that interaction, rather than both people falling in love with each other, which they weren’t.

Is Life Inevitable In Genoa City?

Elena convinced herself that somehow, someway the man she loved would eventually be with Amanda. But rather than that happening naturally, over an extended amount of time, Elena may have provoked a self-fulfilling prophecy.

Will her cavort with Nate, which has proved devastating, be the spark that enables Demanda to form, when it otherwise wouldn’t have? Maybe.

But, it’s also possible that Elena will come to love Nate more because she sees him as a better long-term match than Devon.