The Young and the Restless Spoilers: Devon Rebounds In Wrong Direction – Amanda Smart To Remain Single 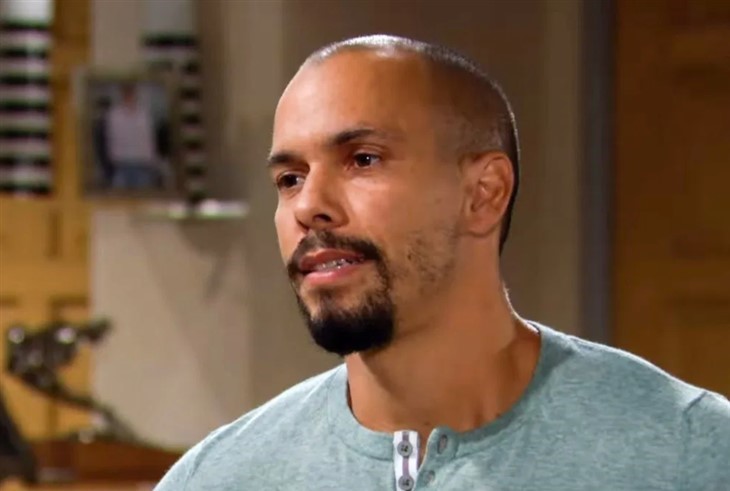 The Young and the Restless spoilers document that in Genoa City Devon Hamilton (Bryton James) is hurting badly. He never anticipated that the woman he’s come to love and a member of his family would violently betray his emotional trust.

Elena Dawson’s (Brytni Sarpy) impulse might represent more than a mistake. It could be that she’s falling in love with Nate Hastings (Sean Dominic), who is Devon’s cousin through Olivia Winters (Tonya Lee Williams).

Amanda Sinclair’s (Mishael Morgan) confirmation as Hilary Hamilton’s (Morgan) identical twin is considered the spark that lit the daytime flame within this interconnected storyline. But that’s an excuse that Elena and Devon are using as they appear to be ending their relationship.

Elena and Devon appeared to be well suited to each other. They came together at a time in their lives that allowed them to develop mutually strong feelings. But their love hadn’t been tested in the way it is now.

Amanda took note of Elena mentioning that Nate was very appealing during the lady’s recent day at the Grand Phoenix’ Escape Club. That was soon followed by an event at the New Hope Clinic that seems to represent repressed feelings from both parties.

Elevon, or Delena if one prefers, sadly appears not to be as appealing as this couple initially was.

The Young And The Restless Spoilers: Devon Moves On From Elena To Amanda – But Hilary’s Sister Says NO WAY

Devon doesn’t love Amanda. He simply wants to use her likeness to Hilary as a weapon against Elena, which is exactly what James’ character was arguing against since Morgan returned to Y&R.

It was very smart of Amanda to turn Devon’s New York trip plan down. She knew exactly what he was doing, called him out on it, with Devon surprisingly, or maybe not so, admitting that she was right.

That tacky request doesn’t go along with the friendship he should be furthering with a woman who is, in fact, his sister-in-law. Add onto that Amanda’s need for support, in pursuing her own genetically linked backstory, and Devon should be ashamed of himself.

The Young And The Restless Spoilers – Will Future Play Out Anyway?

The Young And The Restless Spoilers: Wednesday, October 28 – Elena’s Confused – Kyle’s Fed Up With Summer – Chance Gets Detective Gighttps://t.co/DecyPS4P96

Whether Devon opts to pursue Amanda going forward and if she ever is open to that would be getting ahead of the plot. Surely James and Morgan can be re-teamed at any point, with their classic on-screen chemistry again being mined. But for the moment Amanda is single and so is Devon, which is right.