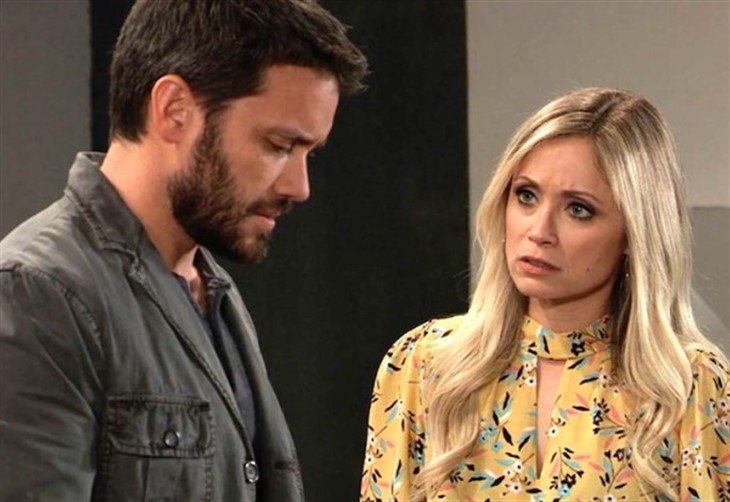 General Hospital spoilers say that in Port Charles, New York there’s a very good chance that Lulu Falconeri (Emme Rylan) might take back the one and true love of her life, Dante Falconeri (Dominic Zamprogna). In fact, there’s some speculation that they might ride off in the sunset together. But should they? Here are three reasons why everyone’s favorite Port Charles blonde should think twice about taking back the man who literally crushed her heart into a million pieces.

The last time that Lulu saw her husband, all she wanted is to have Dante in her arms, but unfortunately, all he did was pull the plug on their marriage. Upon his return, he put Lulu in a very difficult situation, as she has moved on with a new man in her life, Dustin Phillips (Mark Lawson). You don’t go back to a man that left you on thin ice, and that’s something fans wouldn’t want to see for their dear Lulu.

At one point, Dante Falconeri was a loving, supportive, and caring husband and father who put his family first. Or at least, it seemed like he put his family first. The Dante that you see now is clearly not the same Dante that Lulu remembers him as. Can she trust him? Or is he just going to whisper sweet nothings into her ear while trying to manipulate her in one of his wicked schemes? That’s what fans want to know.

Seeing how the news is now official that Emme Rylan will be leaving General Hospital, fans are already speculating about her exit from the show. Naturally, many fans believe there might be a chance that Lulu might wind up dead, especially if she ends up at the wrong place and the wrong time.

After all, anything is possible in a town like Port Charles, right? And with Dante being as unhinged as he is, we wouldn’t be surprised if Lulu will soon learn her fate. Watch this space as we have a feeling that there is so much more to come!