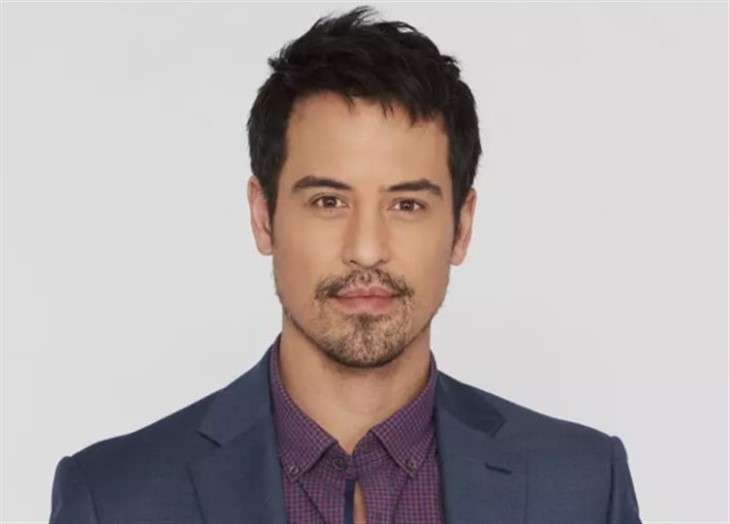 General Hospital spoilers reveal that Marcus Coloma has a big reason to celebrate his role as Nikolas Cassadine in the fictional town of Port Charles, New York. That’s because he has officially hit the one year mark in his tenure as the dark prince.

Marcus debuted in the role on October 31, 2019. Before he took over the role and give it his own unique interpretation, the role was played by Tyler Christopher starting in 1996 and ending in 2016. Stephen Martinez and Nick Stabile also appeared as Nikolas in the past.

Marcus was born on October 18, 1978, in Middletown, California and he is of Italian, German, Spanish, and Native American descent. In addition to the ABC daytime drama the handsome and talented star has appeared on Major Crimes, The Mentalist, Drop Dead Diva, Lucifer, One Tree Hill, South Beach, and more.

Additionally, Marcus has appeared in the primetime productions Point Pleasant, One Tree Hill, and Make It or Break It. His first acting job was on the MTV telenovela Undressed.

Since his arrival Marcus has put his own spin on the Cassadine heir, giving Nikolas a less brooding persona and a more light-hearted outlook. Nikolas still lives in a dreary castle, but he has found love which has softened his outlook considerably.

General Hospital spoilers – What happens Next To Nikolas Cassadine In Port Charles?

Right now Nikolas is up to his ears in trouble. That’s because he has just escaped the clutches of one blackmailer only to find himself in the reach of another. This time it is actually his wife Ava Jerome (Maura West) who is being blackmailed by Ryan Chamberlain (Jon Lindstrom).

He managed to evade the machinations of Scotty Baldwin (Kin Shriner) but his wife has not been as lucky escaping Ryan’s evil grasp.

In order for Ava to save her brother Julian Jerome (William deVry), Nikolas must divorce her. Which is ironic seeing as how their newly forged love match began as a marriage of convenience. And, his evil grandmother Helena Cassadine (Constance Towers) is coming to town which will complicate his life even further.

Through it, all Marcus has performed brilliantly as a man tortured by love and duty, conflicted by honor and love. Congratulations on your one year anniversary as Nikolas Cassadine Marcus!