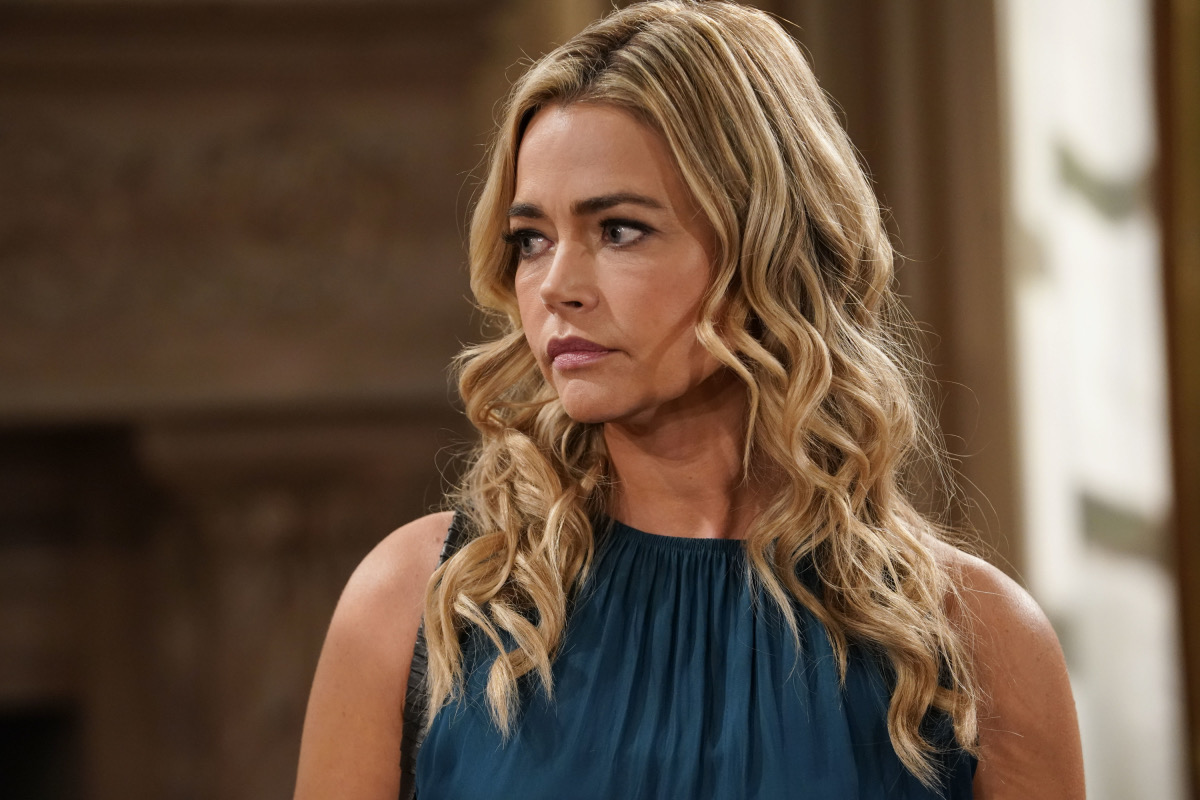 The Bold and the Beautiful spoilers say that in Los Angeles after Eric Forrester (John McCook) gives Quinn Forrester (Rena Sofer) the much-needed boot that she deserves, he is going to ask Shauna Fulton (Denise Richards) to move in with him, which will, of course, make Quinn’s head blow. Here’s what you need to know.

Now that Quinn is basically homeless, she decides that she wants to move in with her son Wyatt Spencer (Darin Brooks) and Flo Fulton (Katrina Bowden), as she would rather move in with them than live by herself in a hotel room. However, when Quinn finds out about Shauna’s new living arrangement, she can’t help but feel as though someone just stabbed her in the heart.

Speaking to Soap Opera Digest in a new interview, Rena Sofer, who plays Quinn on the hit CBS soap, says that her character begins to demand answers from Shauna’s daughter, Flo. She tells the publication, “Quinn had not heard from Shauna following the wedding debacle and there she is, in Quinn’s house! It’s really shocking. I mean, this is her best friend, and whether Quinn made a mistake or not, your best friend shouldn’t be living in your husband’s house.”

The Bold And The Beautiful Spoilers: Quinn Tries To Make Amends With Ridge And Eric – Ridge NOT Interested

B&B Spoilers – Shauna Fulton Needs To Watch Her Back

The Bold and the Beautiful spoilers say that this situation will not only exacerbate Quinn’s trust issues, but it will also start a new war of words between Quinn and her former bestie, Shauna. Quinn believes that she is now suffering because she tried to help her best friend find love with a good man.

If that weren’t enough, Quinn will try to get back in the good graces of her husband, but that won’t be easy, especially if Shauna is in the way. In other words, Quinn now has a ‘Shauna’ problem and it’s one that she’s willing to do something about, both quickly and swiftly. The beautiful blonde and single mom from Las Vegas better watch her back, especially if Quinn gets her claws out!