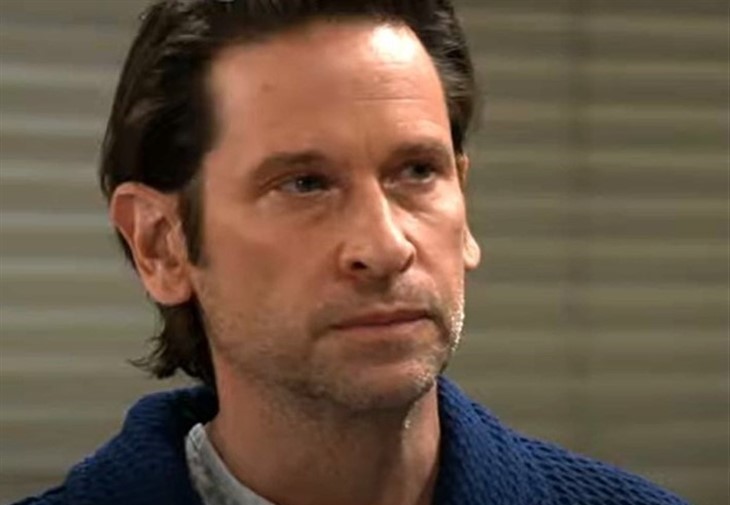 General Hospital spoilers and updates tease that in Port Charles, NY Franco Baldwin (Roger Howarth) is trying to shoulder quite a big burden on his own – he’s been given bad news about a returning brain tumor!

Dr. Terry Randolph (Cassandra James) has been contacted for a consult by Dr. Portia Robinson (Brook Kerr) after Franco passes out at The Floating Rib after he passed out and said “doorknob”! True, Terry is a pediatric oncologist – as a matter of fact, she was Oscar Nero-Quartermaine’s (Garren Lake Stitt) oncologist. General Hospital viewers will recall that Oscar died of an inoperable brain tumor.

But Franco’s symptoms do not resemble Oscar’s – although different types of brain tumors in different parts of the brain can cause different symptoms! With the stripped-bare budget cuts put in place by Dr. Britt Westbourne (Kelly Thibaud) at the direction of Cyrus Renault, (Jeff Kober) there is always the possibility of mistakes being made, including in the imaging department. Viewers will recall the numerous mistakes made in the lab, although many of those were intentional, especially when Brad Cooper (Parry Shen) was in charge!

Franco’s symptoms, so far, sound more like a disordered speech called “aphasia” as people get after a stroke. There is a particular type that can be caused by brain injuries or a stroke called “Wernicke’s Aphasia”. The symptoms are described as the patient being able to produce many words, and are usually grammatically correct and spoken at a normal rate – however, what they say may not make a lot of sense and they tend to pepper their sentences with irrelevant words. Doorknob, anyone?

GH Spoilers – So What Symptoms Do Frontal Lobe Tumors Produce?

The frontal lobe controls reasoning, emotions, problem-solving, movement, and expressive speech. The frontal lobe is located at the front of the brain, and symptoms of a tumor there could include increased aggression, apathy, personality changes, one-sided weakness, loss of smell, vision and speech problems, and difficulty walking.

All those can also be symptoms of a stroke, depending on which part of the brain was affected. However, “speech problems” in this context mean difficulty speaking, not confusing words as in “aphasia” which sounds like what happened to Franco when he said the word “doorknob” and then passed out! If the tumor is what looks like the big black dot near the top of the head in the image, that is not the frontal lobe, which is where Terry said the tumor was. That is the parietal lobe.

However, if it is the black dot in the front, appearing to be close to the eye socket of the skull, that is the frontal lobe. General Hospital spoilers say that a sudden health crisis will be the key to solving a mystery that is one of the biggest in Port Charles, and goes back years! This seems to indicate that in spite of the bad report and prognosis given by Terry, possibly because of a mislabeled CT scan image, Franco will live. Franco will be an important part of solving this mystery!