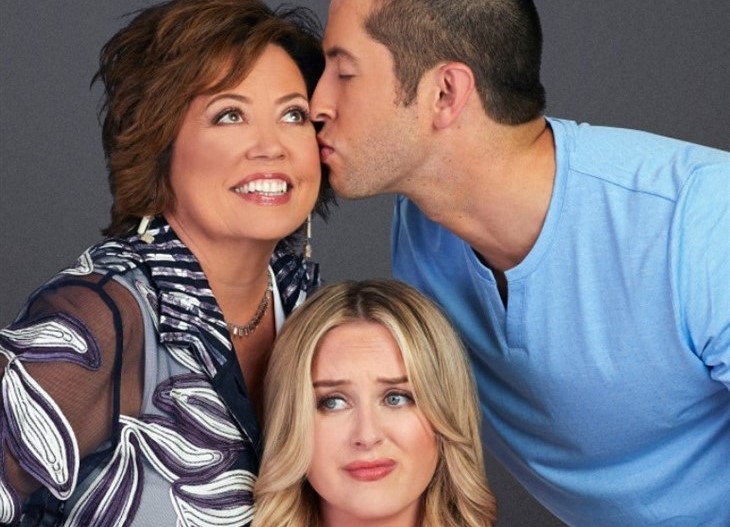 TLC’s new show “I Love A Mama’s Boy” takes a page from “90 Day Fiancé-Happily Ever After” mother and son duo Colt and Debbie Johnson’s playbook, but when you watch these mothers and sons, Colt and Debbie’s relationship will appear quite normal compared to them!

Shekeb is involved with a lovely Asian woman named Emily, but it seems to be his mama Laila who really has his heart – and his hide! Every morning his mother spoon feeds him breakfast, and it doesn’t seem that is ever going to change.

She says she loves to feed him and she is always going to. Whenever they have a meal together Laila insists on feeding him every forkful as if he were a baby or toddler. She also shaves his back – once a month. She no longer bathes him but did until he was in the sixth grade. Shekeb was a bodybuilder for a while, and when he was competing, his mother not only shaved his back but his whole body including his behind!

Neither mother nor son finds anything unusual or abnormal about these behaviors! Shekeb was previously married in an arranged marriage arranged by – wait for it! Laila! It fell apart due to personality conflicts, and now Laila dislikes Emily because she is Korean and not a Muslim. On Valentine’s Day, Emily was quite upset when not only did Shekeb not get her anything but spent the day indoor rock climbing with his mother!

Matt and his mother Kelly are the most abnormal of the mother-son duos on this show. They literally go out on dates together in spite of Matt having a lovely live-in girlfriend named Kim. He prefers to stay and cuddle on the couch with his mother while watching TV. If they go out, they get pedicures together, go to the spa together, and go to Happy Hour together.

Kim can come along – if she wants! In a recent episode, she talked to Matt and Kim about their sex life – saying every time she came by their bedroom and they were in it, she never heard anything, so she gave them some advice! Matt just agreed with his mother, and she and he went to a lingerie shop to pick out some sexy lingerie for Kim. Kelly bought herself some just like what he bought for Kim – and the saleswoman was appalled!

Mike and his girlfriend Stephanie constantly have to hide junk food from his mother Liz’s prying eyes. Liz shops for the couple’s groceries and makes sure that the fridge and pantry are stocked only with healthy foods that she approves of! Mike works as a model so Liz carefully monitors what he eats especially….and there are no snacks allowed. No sugar and she is constantly force-training Stephanie on how to cook properly! That’s not all the shopping Liz has to do or approve of. Mike, Stephanie, and Liz went to a jewelry store to buy a birthday gift for Stephanie.

Liz kept shutting her down every time Stephanie looked at something she wanted, telling Mike not to spend over $300 an item. The two shared a bank account when he was in college – and winds up buying jewelry for his mother, although Stephanie gets a modest gift too! Liz constantly calls Mike when she is not at his home, especially at night when they should be having intimacy with each other.

“I Love A Mama’s Boy” airs on TLC on Sunday evenings, between “90 Day Fiancé-The Other Way” and “Pillow Talk”. Check here frequently for all the news and gossip from your favorite reality shows!