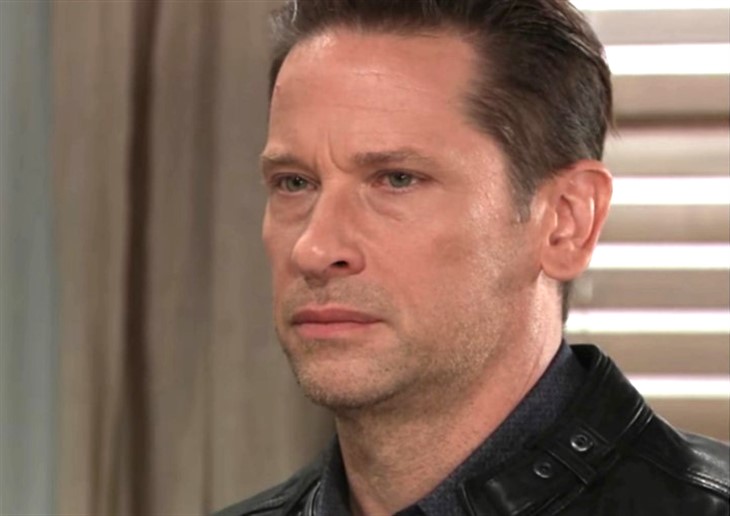 General Hospital spoilers and updates revealed in Port Charles, NY Franco Baldwin (Roger Howarth) has another brain tumor. Franco’s last tumor caused him to do a lot of evil things. Franco soon approaches Jason Morgan (Steve Burton). Will Franco ask Jason to kill him before he can hurt anyone else?

General Hospital’s Franco has been told by Terri Randolph (Cassandra James) that his tumor looks like it is inoperable. Although Terri says they need to run more tests, Franco could consider this worse than a death sentence.

Franco is well aware of the fact that the last time he killed for fun and used the bodies for art. Franco doesn’t want to go back to being that person. However, he is already having visions of his clapping monkey and bloody weapons. Franco has murdered in both France and the United States. How long will it be before he starts doing it again?

Franco Baldwin Could Be Afraid

General Hospital’s Franco may be afraid that he cannot trust himself with Liz Webber (Rebecca Herbst). Franco has three stepsons as well and doesn’t want to be a bad influence. Franco certainly would not want one of the boys to think this is ok. Could Franco be worried enough to go to his arch-enemy for help? Jason shot Franco over his cruelty to Sam McCall (Kelly Monaco) years ago. Jason has also faced his one demise before. Franco could want Jason’s advice on dealing with his impending death. Jason has been in this situation more than once. Jason could certainly give Franco advice on how to proceed. Could Franco want more from Jason?

Franco Baldwin May Need Someone To Stop Him

General Hospital’s Franco could want someone to assure that he doesn’t kill again. Franco knows that Jason hates him. However, could Jason hate him enough to take him out? If Jason can shoot Franco once, he could shoot him a second time. Unfortunately, Franco is very close to Jason’s son, Jake Webber (Hudson West). Jason has promised not to hurt Franco because of Jake.

However, Franco may want Jason to break that promise if he feels he is putting Liz or the boys in danger. Perhaps Franco can convince Jason that Jake never has to know who killed him. Franco may just need to know that Jason has no qualms about taking him out of it becomes necessary. Will Jason agree to stop Franco before he gets out of control?

General Hospital’s Jason would love nothing more than for Franco to be nothing but a bad memory. However, will Jason risk losing the progress he has made with Jake to take Franco out?