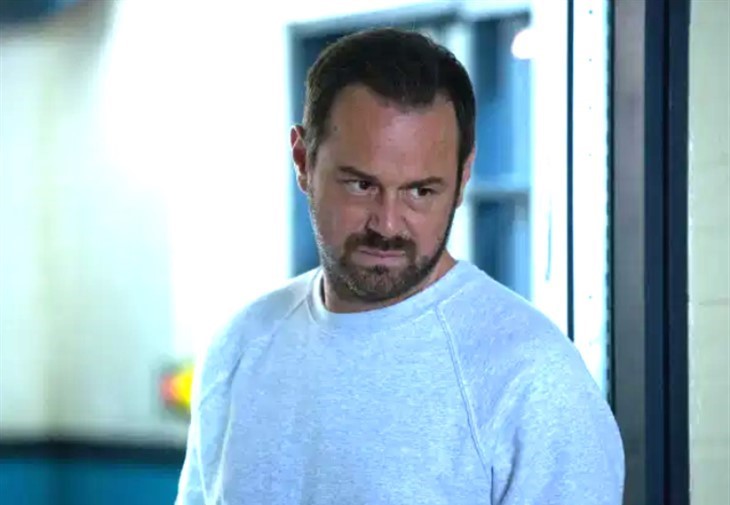 BBC Eastenders Spoilers reveal that Mick Carter (Danny Dyer) is asked to meet with Frankie Lewis (Rose Ayling-Ellis) and her mother, Katy Lewis (Simone Lahbib). He ends up going and has the chance to confront his abuser. He also demands to know why she never mentioned him having a daughter. Katy’s answer stuns Mick, which results in him going into a rage at the pub.

During the week of November 9, Frankie will approach Mick and ask for a meeting. However, it’s not going to be just the two of them. Mick’s childhood abuser is also going to be there. He really struggles with this unexpected invitation but agrees to attend. After all, it is a chance for him to confront Katy and get answers about why Frankie was kept a secret from him.

Eastenders spoilers reveal that Mick gets the opportunity to lay into Katy. He faces the woman who abused him years ago. He also wants to know why he wasn’t informed that her abuse led to a pregnancy, which resulted in Frankie being born. This is when Katy gives him an unexpected and shocking answer.

Since abusers tend to have multiple victims, could Mick not be Frankie’s father? Or could Katy tell him that there were so many boys she abused that she has no clue who got her pregnant?

Whatever Katy tells Mick, it sends him into a rage. He goes to work a shift at The Vic, but things won’t end well. He struggles to see his mother, Shirley Carter (Linda Henry). Then, he hears Katy’s name being mentioned, which makes him explode and he shatters a bottle of vodka. Then, things get even worse for Mick when he finds out who arranged for him to have a shift at the pub.

Mick’s pub rage will be noticed by pretty much everyone, including Ian Beale (Adam Woodyatt). He is angry with Mick for his shattering outburst. Meanwhile, others are wondering what is going on with Mick.

However, Ian has bigger problems than Mick shattering a vodka bottle. Sharon Watts (Letitia Dean) asks him to move out. Then, she finds out a shocking truth bomb about Ian from Kathy Beale (Gillian Taylforth).