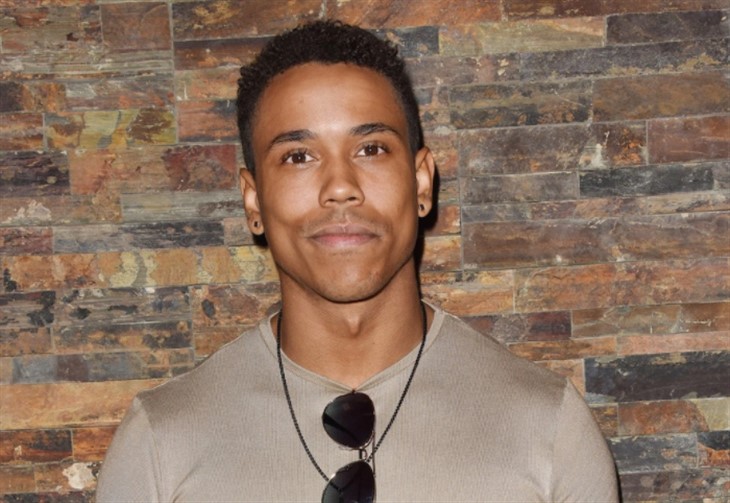 ABC General Hospital spoilers reveal that Tajh Bellow, who plays TJ Ashford, has a primetime gig coming up in addition to his daytime work in Port Charles, NY.

The handsome and talented star will make a guest appearance in an upcoming episode of the nighttime drama NCIS. NCIS stands for Naval Criminal Investigative Service and the personnel who work in this group are located in Washington, D.C.’

Bellow will star on NCIS as Navy Petty Officer Samuel Miles. The popular show is approaching its 18th season on CBS and the season debut drops on November 17, 2020.

Bellow’s GH character TJ Ashford was originally played by Krys Meyer when the role was debuted in 2012. Later that year Tequan Richmond took over the role until Tajh came on board.

In October 2018, it was reported that Richmond was cast in a film leaving his status with the show unclear, and later it was announced that the role of TJ would be recast with Bellow. Fans last saw Richmond in October 2018, and Bellow made his debut in November 2018.

GH Spoilers – Tajh Bellow Has A New Project To Talk About

Initially, TJ was a bit of a rebel, with a chip on his shoulder. Over the years he has mellowed somewhat and is now in medical school. However, he is regaining some of his initial anger due to circumstances outside of his control. This has to do with the town being taken over by mobster Cyrus Renault (Jeff Kober).

TJ is idealistic as is his partner Molly Lansing (Haley Pullos). These two have dated for forever and recently decided to make it official with a domestic partnership.

Their families heartily approve of the partnership but it wasn’t always this way. The two began dating in secret and Molly’s mom Alexis Davis (Nancy Lee Grahn) was not at all happy that her little girl went behind her back.

General Hospital Spoilers – What Is Next For TJ In Port Charles?

The couple hit another roadblock in 2014 when TJ’s estranged mom Jordan Ashford (then Vinessa Antoine, now Briana Nicole Henry) popped up in Port Charles. These two had a hard time reconciling but now the relationship is warm and loving even though Jordan is keeping a major secret from her son.

General Hospital Spoilers: Peter Being Gaslighted, But Will The Real Helena Show Up Alive After All? #GH #GeneralHospital https://t.co/WLWGRqb9ju

That secret is the fact that it was Cyrus who kidnapped TJ earlier in the year. He was taken to teach Jordan a lesson and she had to become indebted to him in order for TJ to be released. TJ is now on a mission to take down Cyrus and his mom is having fits!