The Bold And The Beautiful Spoilers: Shauna Clashes With Quinn, Broken Friendships – Will Besties Turn On Each Other? 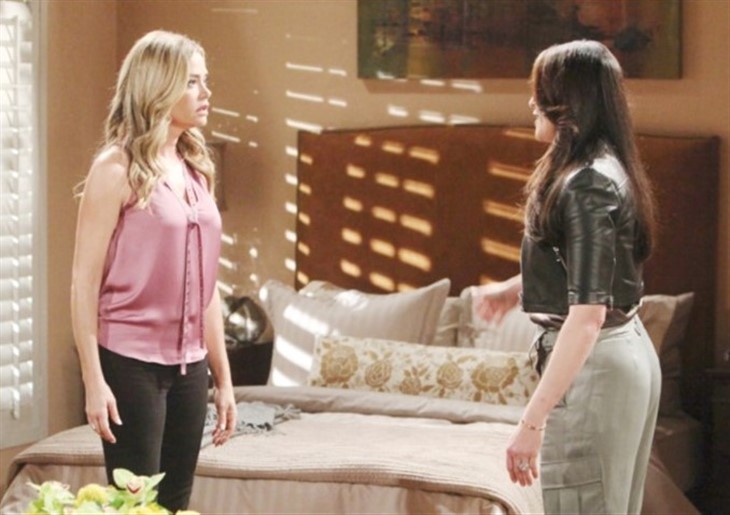 CBS’ The Bold and the Beautiful spoilers document that in Los Angeles, Shauna Fulton (Denise Richards) is no longer friends with Quinn Fuller Forrester (Rena Sofer). Their fallout was sparked by Shauna’s principled decision to tell Ridge Forrester (Thorsten Kaye) the truth before their vow ceremony was to be held.

Now, Quinn is angry with Shauna. She sees no reason why Richards’ character had to come clean, as doing so ruined any chance for Shidge to survive. But that stance doesn’t make sense because Quinn is the one who provoked the end of Ridge’s fake marriage to Shauna via a reckless video chat.

Shauna worked hard to establish what was actually a friendship, on his end, with Ridge. Having accomplished that, Shauna put herself in a good position to one day become Ridge’s significant other.

But she allowed herself to be influenced by Quinn’s persistent badgering. Quinn presented Ridge, who Shauna had a deep crush on for months after he decided not to challenge Flo Fulton’s (Katrina Bowden) immunity deal, as fully suited for Shauna.

Quinn’s openly stated intention of pushing Brooke Logan Forrester (Katherine Kelly Lang) out of the family was known by Shauna. While she recognized that Brooke was Ridge’s greatest love, Shauna gave into her hopes and went along with the Las Vegas, Nevada, the scheme that allowed the momentary Shidge union.

Quinn is still trying to blame Brooke for all that happened. She feels it was right to split her from Ridge, even through totally devious means, because Lang’s character isn’t right for him.

As Eric Forrester (John McCook) has angrily noted, it wasn’t Quinn’s place to insert her negative will into Ridge and Brooke’s life. Quinn acknowledges that she made a mistake in pushing matters too far, but has revealed something that indicates if not confirms, that she’s not currently capable of change.

Shauna has now become the target of Quinn’s angst when Richards’ character was manipulated herself.

What a great scene it was! Viewers were allowed to see a slight glimpse of Shauna descending the Forrester mansion staircase behind Quinn’s back.

The surprise on the face of Eric’s current wife was classic. And with that jolt, the next series of scripts within this engaging arc unfolds.