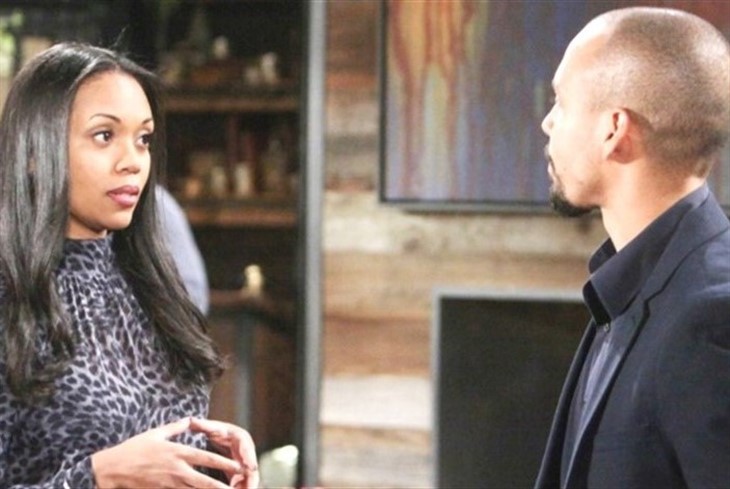 CBS The Young And The Restless spoilers state that in Genoa City, Wisconsin,  Amanda Sinclair (Mishael Morgan), and Devon Hamilton (Bryton James) need to determine who her parents were. That answer will also prove who Hilary Hamilton’s (Morgan) family was as well.

While it was natural for Devon Hamilton (Bryton James) to have a reaction to Amanda’s incredible resemblance to his late wife, it didn’t follow that these characters were destined to become soul mates. Amanda is a completely different person than she now revealed, a late identical twin sister.

The Young And The Restless Spoilers – Intriguing Backstory To Be Uncovered

It has always been thought that Rose Turner (Leslie Stevens) was Ann Turner’s (Hilary’s birth name) daughter. No confirmation of Hilary’s father resulted during the five years when Morgan had her initial great run on Y&R.

So, the information the investigator Amanda hired has already proven to be very intriguing. People who were Rose’s neighbors don’t recall her ever being pregnant and were surprised when she suddenly came to care for a baby.

Amanda didn’t understand why Rose would have given her up but kept Hilary. However, what’s been learned implies that Rose adopted Hilary, with Amanda’s backstory to help tell who both lady’s parents were.

Devon was not in love with Amanda and still isn’t. His heart belonged to Elena Dawson (Brytni Sarpy), until she broke it.

The end of their relationship has made fans of that endearing couple heartsick. It seems that Elena’s betrayal with Nate Hastings (Sean Dominic), Devon’s cousin no less, has hardened Devon’s feelings. Who can blame him?

So, Elena’s actions, which may be more than an impulse mistake, have seemingly destroyed what was a seemingly destined marriage, with children to follow. In that one instant, Devon’s world shifted away from Elena.

The Young And The Restless Spoilers – Will Amanda Sinclair Fall In Love With Devon Hamilton?

That subject header is the real question. As of the moment Devon is simply drawn to Amanda because she is Hilary’s sister. But for love to happen, he’s not the only person who will need to fall into it.

Amanda was cut loose by Nate, who is in love with Elena. However, Amanda still has an interest in Billy Abbott (Jason Thompson), but he’s becoming involved with Lily Winters (Christel Khalil) again.

So, Amanda and Devon didn’t intend to bond romantically. But wouldn’t that make an interesting storyline on Y&R? Of course and so viewers will learn if it’s starting.