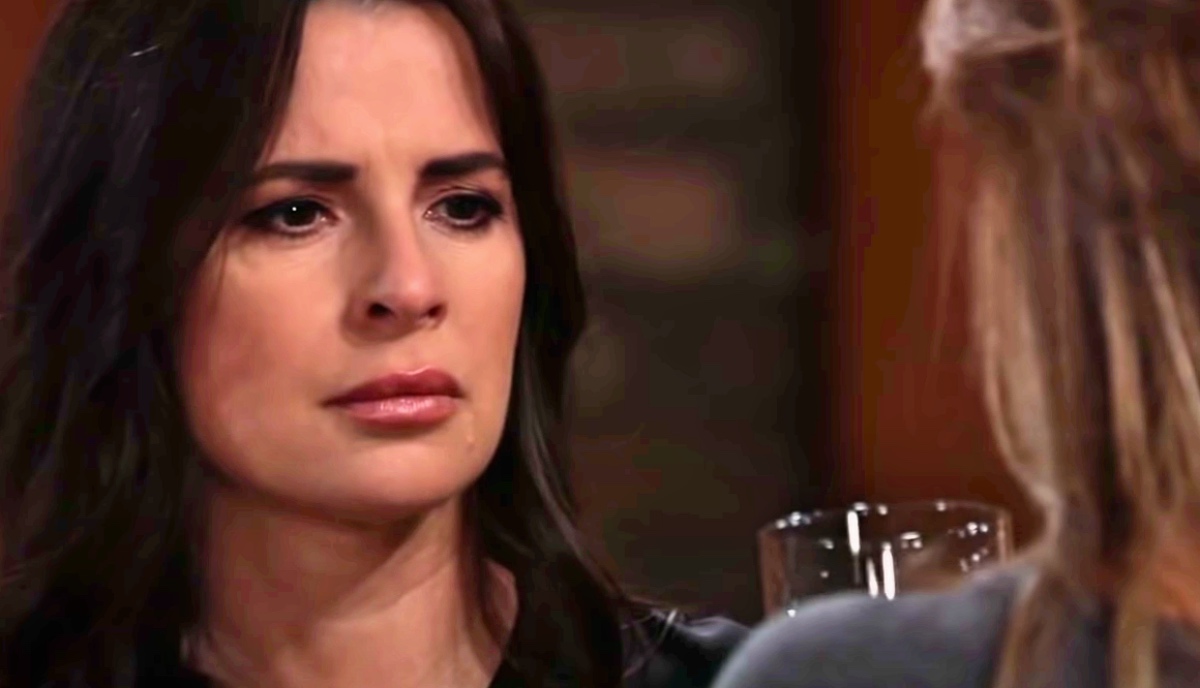 ABC General Hospital spoilers tease that Sam McCall (Kelly Monaco) will give her mother a serious ultimatum about her drinking in an upcoming episode of GH!

General Hospital viewers will recall that ever since Dr. Neil Byrne (Joe Flanigan) died in her bed, Alexis Davis (Nancy Lee Grahn) has been on a slippery downhill slide! Alexis, an alcoholic, almost immediately went back to the bottle and didn’t care enough about herself to call any of her Alcoholics Anonymous sponsors.

Even one of her oldest male friends didn’t pick up on it – but he was pretty snockered himself! Ned Quartermaine (Wally Kurth) and Alexis wound up drinking themselves drunk one night and spending the night together because Ned mistakenly thought his wife, Olivia Falconeri Quartermaine (Lisa LoCicero) had left him and run off with Robert Scorpio (Tristan Rogers)! The ironic thing is, Olivia was one of the first people to notice Alexis had fallen off the wagon – she saw Alexis spiking a glass of water with vodka on a terrace outside the Metro Court’s restaurant!

Ned was right behind her when she observed the forbidden act. Valentin Cassadine (James Patrick Stuart) also saw Alexis getting drunk at a bar and confronted her about it. The two were once thought to be half-brother and half-sister and actually act more like it since Valentin found out he wasn’t a Cassadine! Both have reached out to each other in a caring manner, but it didn’t work this time! Even her ex-husband and Sam’s birth father Julian Jerome (William DeVry) tried to help – she railed at him and stormed out of Charlie’s Pub.

Alexis certainly has reasons to be depressed and to grieve – the man she thought of as Mr. Right died in her bed, his brother blamed her for his death, and on top of everything else she found out she had a broken wrist, leading to a diagnosis of osteoporosis! Many women of a certain age have their age smacking them in the face with that diagnosis – it’s not like a woman can have a facelift or a dye job for their bones!

In an upcoming episode of GH, Sam has hit such a point of desperation that she gives her mother a painful ultimatum; either she gets herself together and stops drinking, or Sam withholds Alexis’ grandchildren Scout Cain (Ella Ramacieri) and Danny Morgan (Porter Fasullo) from her. Both women are in tears as Sam emotionally tells her she will never see Danny and Scout again!