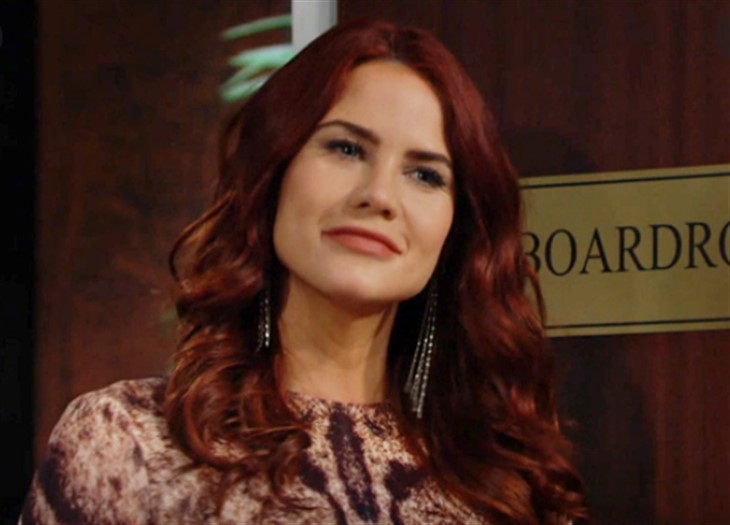 CBS The Young and the Restless spoilers document that Sally Spectra (Courtney Hope) has arrived with her trademark splash. Her show at Jabot allowed Summer Newman (Hunter King) to be the first Genoa City, Wisconsin, resident to greet her. That signaled the possibility of a Skyle challenge, if not defeat.

As for Sally’s professional talents, she’ll be linked to Lauren Fenmore (Tracey Bregman). The tie to Forrester Creations will be noted by longtime Y&R fans, who recall Bregman’s famous crossover to The Bold and the Beautiful many years ago.

The Young And The Restless Spoilers – Crossing Over To Y&R

Hope was cast to be part of a legacy family on B&B in 2017. Her great aunt, Sally Spectra I (Darlene Conley), debuted on Y&R’s sister show in 1989. Sally II’s arrival in Los Angeles, California, reestablished the Spectra brand.

Sally quickly became involved with the Forrester family. She went on to lead Spectra Fashions, with that small fashion house eventually crumbling.

A variety of romantic relationships developed through the years, with her last being an ill-fated link to Wyatt Spencer (Darin Brooks). Sally was dumped by him on two occasions, but refused to walk away the second time.

Eventually, she claimed to be dying and kidnapped Wyatt’s love interest, Flo Fulton (Katrina Bowden), which caused Wyatt to tell Sally to leave town. She did so and now is in GC.

Having Sally connect with Fenmore’s makes sense from a believability standpoint, as she is a talented designer. Also, as noted, the link through Lauren to the Forrester family matches the meaningful soap history that is one of the connections between both shows.

Fenmore’s partnership with Jabot, that Eric Forrester (John McCook) helped Lauren to achieve at her request, allows Sally to be written directly into contact with the Abbott’s. So, that checks one of Y&R’s legacy family boxes. The other would be the Newman’s, of course.

Sally knows Theo Vanderway (Tyler Johnson) from New York. Johnson’s announced departure from the cast, which is unfortunate, as he’s a solid actor, means that Sally and Theo won’t become the next great Y&R couple.

Kyle Abbott (Michael Mealor) is surely someone who will catch Sally’s interest and vice versa. He, along with other eligible bachelors, are probabilities to become part of this great character’s new daytime life.