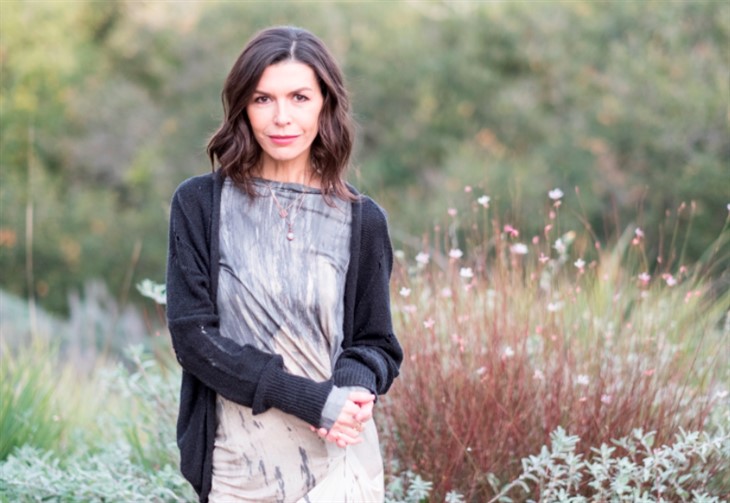 Hughes debuted back on April 10, 1985, and the show would have celebrated the milestone this spring but the coronavirus pandemic forced the Los Angeles set to go dark and the show went on hiatus. It began filming again in August and now the show is taking the time to honor the leading lady.

Pat Falken Smith was the head writer at the time and she is the person responsible for bringing Anna Devane to life. Super spy Anna Devane was introduced as the mysterious female counterpart to male super spy Robert Scorpio (Tristan Rogers).

The show tweeted out a wonderful tribute to Finola to mark her anniversary: “We would have preferred to celebrate @finolahughes’ 35th Anniversary in April, but COVID-19 had other plans. The cast & crew surprised her with a belated celebration this past week, just in time for her birthday. Please help us congratulate Finola on 35 years as Anna Devane! #GH.”

The show posted a wonderful picture of the cast and crew, with Finola in the middle of the scrum. Everyone is wearing their COVID mask and everyone has on a black t-shirt that reads “FIN 35” in white letters.

Anna is a complicated character. Both she and Robert were WSB agents but she betrayed everyone by becoming a double agent.

Many fans will remember the enchanting scene in which Robert discovered that he was little Robin Scorpio’s (Kimberly McCullough) father. Anna never told him they were parents and soon the family made up for a lost time. 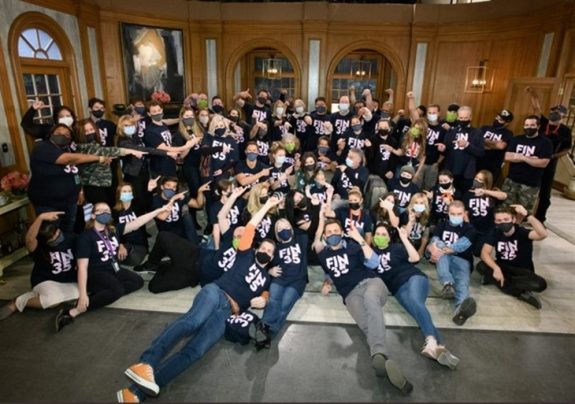 Anna and Robert were presumed dead in a boat explosion but in 1999 Finola reprised her role as Anna on the ABC soap All My Children where she also played Anna’s twin Alex Marick. Later Anna and Robin were reunited and in 2006 Anna returned to GH.

General Hospital Comings and Goings: Jophielle Love Back On Set, Could Rebecca Budig Be Close Behind? #GH #GeneralHospital https://t.co/6kM5H2sSQ7

Since 2012 fans have seen Anna regularly and now she is involved with Dr. Hamilton Finn (Michael Easton). She recently found out that Peter August (Wes Ramsey) is not her son, he is Alex’s, and evil Alex is back to get revenge on her good twin.

Congratulations on 35 years as the legendary Anna Devane Finola Hughes!