The Bold and the Beautiful Spoilers: Zende Picks Surprising Love – Has Paris or Zoe Met Their Match? 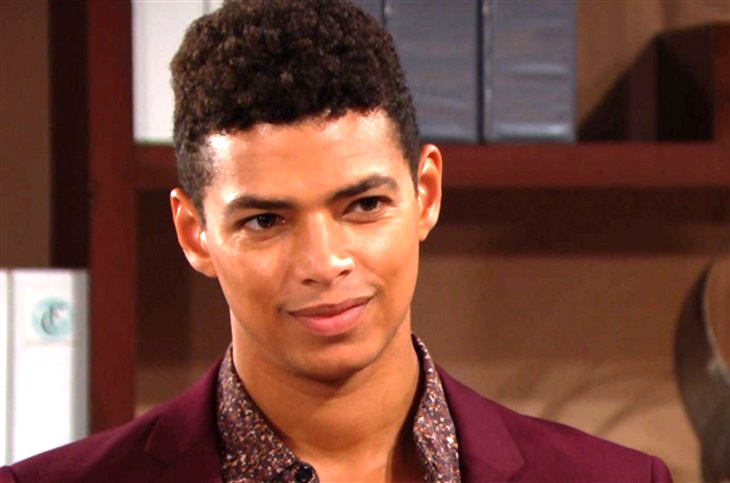 The Bold and the Beautiful spoilers document that in Los Angeles Zende Forrester Dominguez (Delon de Metz) was interested in Zoe Buckingham (Kiara Barnes) from the moment he met her. But Paris Buckingham’s (Diamond White) arrival in Los Angeles, California, may change his developing feelings.

B&B fans were provided with an initial storyline that looked like a triangle. Zoe would be between Carter Walton (Lawrence Saint-Victor) and Zende. But that dynamic has changed, as White’s debut on the show demonstrates.

Zende was living in Europe with his wife, Nicole Avant (Reign Edwards), for the past few years. The recast of the character de Metz now plays was coupled with the subtraction of Nicole from Zende’s life.

Returning to his home without his wife, Zende is adapting to an unanticipated change. From the brief comments that have been offered, Zende and Nicole didn’t part on bitter terms. The reappearance of Julius Avant (Obba Babatunde) was noteworthy, in that it refreshed devoted viewers’ memories and provided backstory knowledge for newer fans.

Zende is obviously a positive guy, who cares about his family and is advancing in the family business. Clearly, he’s also going to begin another romantic pursuit. Who that happens with and how soon are reasonable questions to ask.

The video Zende took of Zoe performing an original song for an audience of one was sweet. It revealed Zende’s crush on Barnes’ character, with that moment potentially becoming the signature start to when his love blossomed.

There’s no doubt that Zoe exudes a charismatic appeal. Her blend of humility and confidence is completely endearing. She’s also been fully honest about the regret she has regarding the Beth Spencer (Madeline Valdez and River Davidson) arc, which Zende saw as admirable.

It’s seemed as though Zende reaches Zoe on a deeper level. She appears to be falling in love with him, whereas she is simply attracted to Carter. The contrast is currently between a connection and fondness, though her outlook is fluid.

Paris is younger than Zoe. The announced, recent college graduate offers various storyline options, as she is just starting her adult life.

The Bold And The Beautiful Spoilers Next Week: Hope And Dolly Face Each Other, What Happens To Thomas? #BoldandBeautiful https://t.co/F3f8w4tIT7

Zoe and Paris aren’t rivals, but rather are warm-hearted sisters who were genuinely happy to reconnect. Of course, that telegraphs the ability for conflict to be written into the script in the future as well.