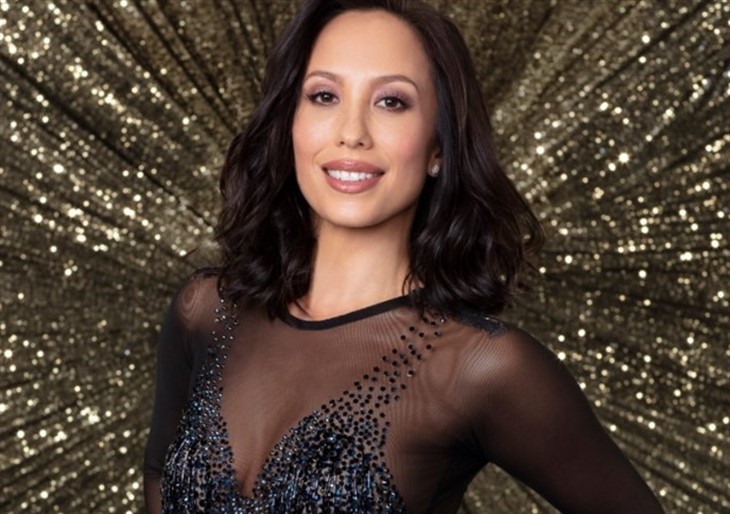 Dancing With the Stars spoilers reveal that Cheryl Burke is only 36, but for ballroom dancers, that’s around the time they retire. The professional dancer has hinted that she’s considering retiring while she’s still on top. She explained that her “hips don’t lie” and would like to use her mouth instead of her body. Could she be a DWTS judge in future seasons?

DWTS spoilers reveal that dancing is a really tough sport and it can be extremely hard on the body. At only 36 years of age, Cheryl is already getting tendonitis in her hips. The professional dancer made the confession on November 2 during the “Chicks in the Office” podcast. She said that her “hips don’t lie.”

While speaking on the podcast, Cheryl explained that competitive female ballroom dancers typically retire in their 30s. She is currently 36 and while that seems very young, dancing can be an extreme sport that is hard on the body. She explained that it might be time to “hang up those shoes.”

Dancing With the Stars spoilers reveal that Cheryl would prefer to retire when she is still at the top of her game. That’s how she wants her final career moments to be remembered. She doesn’t want to be “like that oldie” who is using the same choreography and moving slow.

“I also don’t want to be like that oldie that’s like, ‘Oh, here comes Cheryl doing the same choreography, just going slow but in her head, she thinks she’s going that fast. I don’t want to, I guess, be a dancer and have my partner having to be like, ‘Can’t lift.’”

Even though Cheryl is thinking about retirement, she’s not going to call it quits just yet. However, she is making goals for the future. She would love to be a judge on the show in the future. She explained that it would be great to use her mouth instead of her body.

That’s not her only goal for the future, though. She is also considering becoming a mom, but don’t count on any professional little dancers. She feels that competitive dancing is too much pressure and forces kids to grow up too fast. It’s what happened to her and while she is grateful for her accomplishments, she would prefer her children to have more “normal” careers.

Dancing With The Stars Season 2020 Spoilers: Tyra Banks Concerned That No One Is Paying Attention To Her Wardrobe Malfunctions @soapoperaspy #DWTS #TyraBanks https://t.co/9v6IDrnu95

What do you think of what Cheryl Burke said about possibly retiring? Would you like to see her as a DWTS judge in the future? Tell us your opinion and come back to CDL for sizzling Dancing With the Stars spoilers, updates and news.

Dancing With The Stars (DWTS) Spoilers: Who Got Eliminated The First Week Of Season…

Dancing With The Stars Brings In Two New Pro-Dancers