Royal Family News: Why Has Queen Elizabeth Gotten Away With Not Wearing A Face Mask In Public? 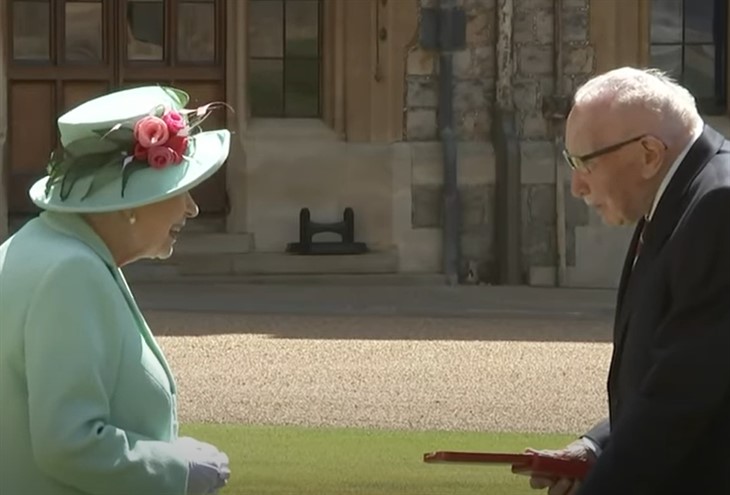 British royal family news divulges that there is one thing Britain’s Queen Elizabeth has not done in public since the coronavirus pandemic broke out. Since that time and to this day health professionals in all corners of the globe have encouraged wearing face masks in public as a precaution against the spread of COVID-19. This seems a reasonable enough suggestion, but many are nonetheless vehemently against it.

Like the rest of the world, the queen spent a considerable time in lockdown but she is now out and about as per her usual routine. But without a mask.

The U.K. Just Began A Second National Lockdown Will the queen finally wear a mask in public?

Robert Lacey has written this fall’s blockbuster tell-all about the royals, Battle of Brothers: William, Harry, and the Inside Story of a Family in Tumult. According to him Queen Elizabeth has not been photographed wearing a face mask and indeed there are no pictures to prove him otherwise.

He told Vanity Fair that the monarch’s family members have all worn masks, “since the beginning of the coronavirus crisis in order to set a public example. The Queen’s thinking on this matter remains a mystery.

He went on “The closest that anyone has come to explaining why Elizabeth II should not just ignore but apparently flout government guidelines is because she wants to show Britain a picture of the magnificent and mask-less times that lie ahead. Her Majesty is holding out for hope.”

That is one theory, but as of yet Buckingham Palace has not commented on the matter.

On the weekend she will be in public again for Remembrance Day commemoration on Sunday, November 8. The holiday honors those who died in defense of the U.K.

Lacey is convinced that on Sunday, “we will see Her Majesty honor their sacrifice by wearing the mask that has become the symbol of our national determination to defeat this cruel and insidious enemy.”

He pointed out that Her Majesty, “will also be flanked at the COVID-modified ceremony by several other members of the royal family, and on this national occasion, we can presumably expect that they will all be wearing their masks as well?”