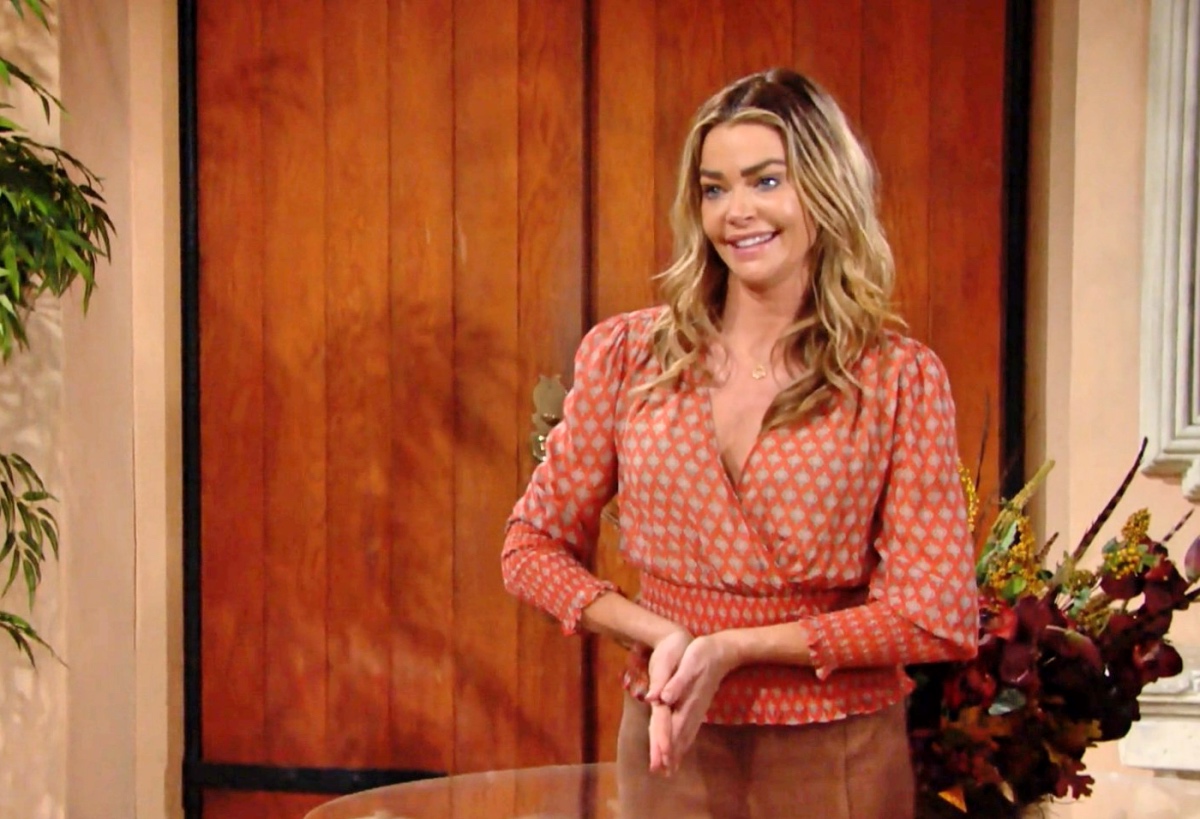 CBS The Bold And The Beautiful  spoilers document that in Los Angeles, Shauna Fulton (Denise Richards) appears to have swapped one dream for another. While she’s still in love with Ridge Forrester (Thorsten Kaye), Shauna realizes that her hopes of having a life with him aren’t going to materialize anytime soon.

However, a sudden turn of events sees Shauna gaining a position of higher status if all goes well. Eric Forrester (John McCook) took pity on her, unbeknownst to the audience, and to Quinn Fuller Forrester (Rena Sofer).

Shauna’s walk down the Forrester mansion staircase could prove to be far more than a jab at Quinn, or the spark of wishful thinking. Her presence might become the start of Erica, or Sheric, which is a good mashup nickname as well.

The Bold And The Beautiful Spoilers – Quinn Fuller Forrester Is Panicked

Quinn has every right to feel fully uneasy. She should after all she’s done and the family damage that’s resulted.

Shauna’s surprise appearance at the mansion is an act of betrayal in Quinn’s mind. Well, it’s not that yet. But it may prove out as such.

Quinn seemingly pushed Eric over the edge a number of years ago when she betrayed him when becoming involved with Ridge. They only kissed. But that was wrong and involved Eric’s adopted son no less.

Eric has come to realize that Brooke’s repeated, passionate warnings were prescient. Quinn was trying to split Bridge, pair Ridge with Shauna, and force Brooke out of the Forrester family.

If Quinn hadn’t spoken so recklessly, Eric wouldn’t have overheard her video chat with Shauna and still might not know what really happened. But he does and that’s left Queric trending toward defunct status.

The odds are growing longer by the day that Quinn will be able to convince Eric that she did change in the past and what happened within the last year represents defensive actions connected to fear.

Quinn had nothing to fear while she was loyal to Eric. But she spoke to Shauna on more than one occasion about Queric’s end if Eric ever learned about their scheme. Well, he has, and now Shauna might be able to gain the trust of Quinn’s husband, or soon to be ex-husband, while she’s living on his property.