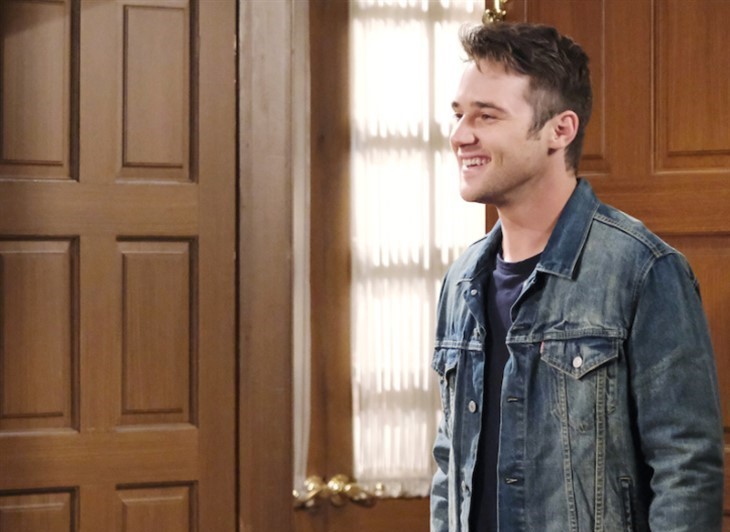 NBC Days Of Our Lives spoilers Hint that in Salem, JJ Deveraux (Casey Moss) has developed a crush. It would be Gwen Rizczeck’s (Emily O’Brien) style to use that to continue destroying the family. She could fake romantic interest in JJ to further her sinister agenda, but what if something goes wrong? Is it possible that Gwen could accidentally fall in love?

DOOL spoilers reveal that Gwen is out to destroy the Deveraux family. At first, it seemed like she was just targeting Abigail DiMera (Marci Miller). While the schemer does put most of her energy into hurting Abigail, it turns out her anger is towards the entire Deveraux family. Don’t expect to find out why right away. Head writer Ron Carlivati told Soap Opera Digest that viewers will learn more information at the end of the year.

One theory is that Jack Deveraux (Matthew Ashford) is Gwen’s biological father, but obviously never knew about her. As longtime viewers know, there were many years when Jack was missing. Then, he was presumed dead for nearly a decade before resurfacing with amnesia.

However, there could be no relation at all, and Gwen’s rage could be for a completely different reason. Since JJ seems to have a romantic interest in Gwen, we certainly hope they aren’t related! That would make all JJ’s gushing about Gwen and asking if she’s single a bit awkward.

Days Of Our Lives Spoilers: Claire Kisses Theo Only To Realize That Charlie Is Still Around

During a recent episode, JJ just couldn’t stop talking about Gwen and how she “took care of everything.” How she wouldn’t take no for an answer. How she planned the whole party just for Jack and Jennifer Horton (Cady McClain). How amazing she did getting everyone together, despite him being on a different continent. With JJ constantly talking about Gwen, was that a hint of a future romance?

Days of Our Lives spoilers reveal that Gwen will soon work on her next plan to take down the Deveraux’s. When she finds out that JJ has a crush on her, Gwen will definitely try to use that to help complete her mission. It’s possible that JJ and Gwen could end up dating. While he will be really into the young woman, Gwen will just be playing along… at first.

We have seen soap stories in the past just like this. One example is Stefan DiMera (Brandon Barash) and Gabi Hernandez DiMera (Camila Banus). It was the fashionista’s seductive scheme that led to a real “Stabi” love story.

It’s possible that Gwen’s fake romance plan could backfire. What if she ends up accidentally falling in love with JJ? Will she get rid of her hatred and confess the truth? Or could JJ dump her when the truth finally comes out, leaving her devastated and heartbroken? If this happens, would she try to redeem herself or could it just reignite her hatred for the Deveraux family?