The Bold And The Beautiful Spoilers: Hope Believes Thomas – Liam Is Right To Be Concerned For Her Safety 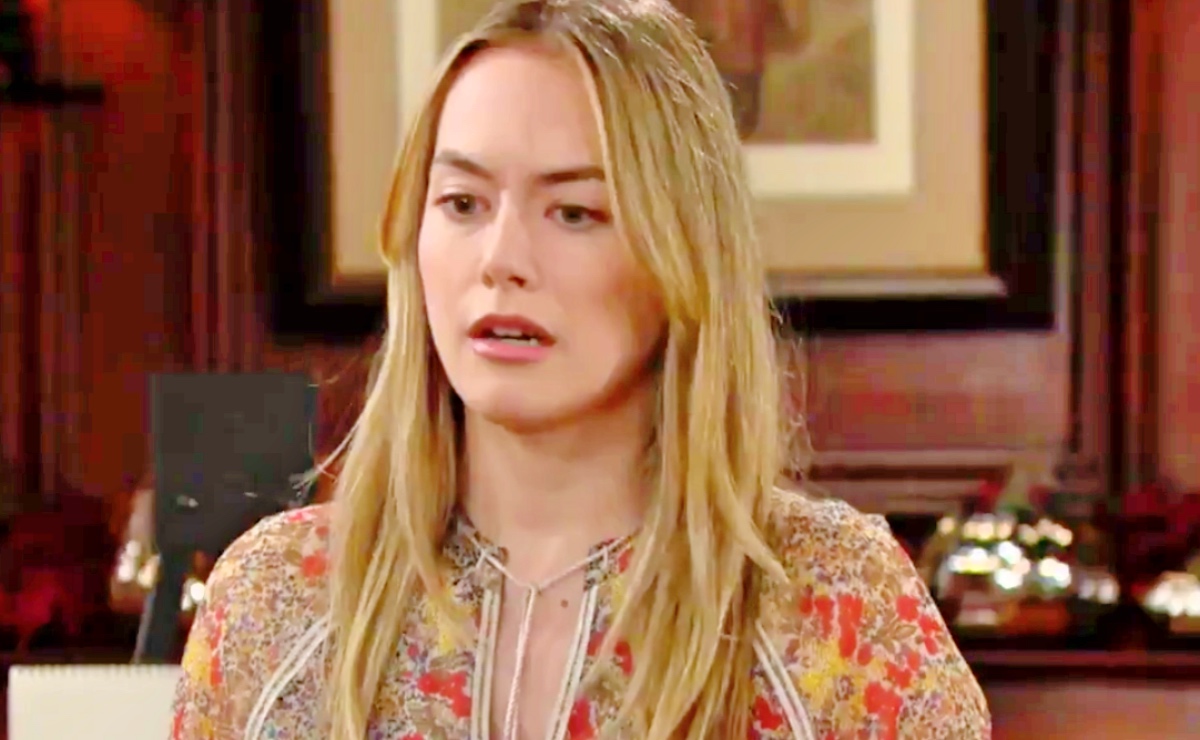 CBS The Bold and the Beautiful spoilers document that in Los Angeles, Hope Spencer (Annika Noelle) did the right thing. She left Forrester Creations and went directly to the apartment where Thomas Forrester (Matthew Atkinson) is living.

Liam Spencer’s (Scott Clifton) passionate tell to her and Steffy Forrester (Jacqueline MacInnes Wood) allowed the audience to see the next step in this rapidly developing storyline. The alternate reality that Thomas and the Hope mannequin are living in has now been exposed.

This is a terrific nod to the current safety protocols that those who work in daytime drama are experiencing. Whoever was responsible for initially developing this idea, which was then accepted by the team, is brilliant.

Soaps can be schlocky if they want to be and in this instance, B&B has gone for the plastic jugular vein. The sight of Noelle first standing in the exact spot where Thomas had the mannequin positioned and then seeing the actor standing behind the doll when it was brought to the living room was memorable.

B&B, like other soaps, has often been critiqued for drawing out storylines. The Beth Spencer (Madeline Valdez and River Davidson) arc arguably was stretched for too many months. But Hope’s push of Thomas into a vat, that was filled with a non-lethal substance, was resolved rather fast.

This particular storyline felt different since Thomas was shown banging his head on the desk that’s just outside of Forrester Creations’ executive office. The way that scene was shot and the extra time spent on Thomas rubbing his head implied that specific incident created an internal brain bleed, or some other issue that wasn’t related to his mental health issues, and was about to become the focus.

Charlie Webber’s (Dick Christie) delivery of the Hope mannequin and Thomas’ subsequent unauthorized transport of it to his apartment has developed in a reasonable amount of time. Liam discovered the Hope doll last week and Thomas later fell to the floor for a reason that’s related to his undiagnosed condition. Now, Hope’s tell to Thomas, about wanting to see the mannequin, pushes this storyline quickly once more.

Liam finds himself in the same position as Brooke Logan Forrester (Katherine Kelly Lang). He’s confronted with defenses of Thomas that aren’t based on logic but are wrapped in emotion.

The cited need for Thomas to seek medical treatment, rather than talking via phone with his mother, Doctor Taylor Hayes (Hunter Tylo), is vital. Liam is rightly concerned about Hope’s safety and actually, for Thomas’ best interests as well.

The Bold And The Beautiful Spoilers: Zoe Gets Ultimatum, Must Give Up One Man Forever Or Lose Everything? #bb #BoldandBeautiful https://t.co/LTUwD5iFOx

Hope surely was shocked when coming face to fake face with that Hope For The Future prop. Hopefully, the experience and Thomas’ pained explanation about why he has it (her) will allow Liam’s advice to be taken without further rebuttal or delay.