The Bold And The Beautiful Spoilers: Thomas is Stark Raving Mad – How Come Only Liam Sees It? 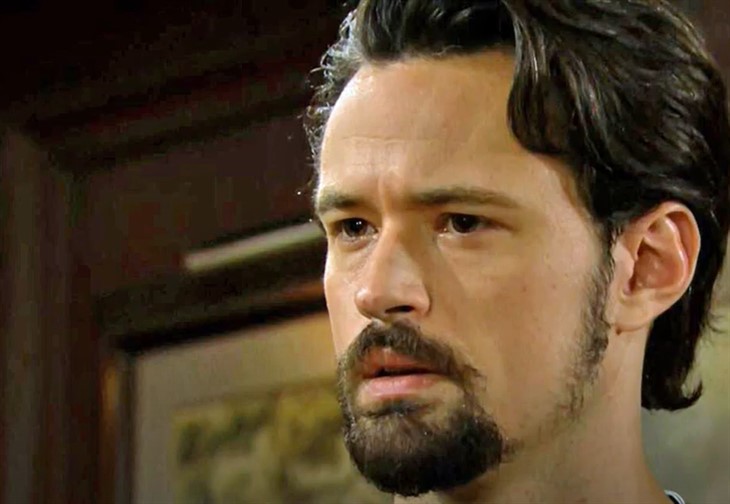 CBS The Bold and the Beautiful spoilers document that Thomas Forrester (Matthew Atkinson) continues to have incidents involving his head. Some are physically visible to the audience, while the others require viewers to look inside his mind.

Viewers witnessing those incidents combine them with the voice of Hope Spencer (Annika Noelle), that Thomas believes is speaking to him through a mannequin. Clearly, whatever this health crisis is, it’s in an advanced stage. But what is wrong and will Thomas’ problem be addressed before something terrible happens to him, or to someone else?

The Bold And The Beautiful Spoilers – Threat Against Liam Spencer

Thomas believes that he heard the Hope doll tell him to eliminate Liam Spencer (Scott Clifton). As B&B isn’t a science fiction show, the plastic version of Noelle’s character didn’t actually speak those words. Instead, Thomas was projecting his anger at Liam having discovered that the mannequin was in the apartment.

The threat against Liam is troubling because Thomas is dissolving. His mental state has deteriorated for reasons that are yet to be confirmed.

So, it’s important that Liam or someone else recognizes that Thomas’ sleeping problems and lack of daytime focus are connected to some malady. Possibly this is where John Finnegan (Tanner Novlan) becomes part of the resolution?

Steffy Forrester (Jacqueline MacInnes Wood) thankfully survived the motorcycle crash and was able to get help with resulting injuries that created a need for pain-killers. She confronted the start of what was an addiction problem through Liam’s insistence, Finn’s ability to get through to her, and Ridge Forrester’s (Thorsten Kaye) fatherly compassion.

Now that Steffy has properly managed the pain issue in check and is herself again, she has the ability to recognize that her brother isn’t right. The pairing with Finn allows Steffy to respond to his instinctual advice.

The Bold And The Beautiful Spoilers – So, What Is Wrong With Thomas Forrester?

Might Vinny be supplying Thomas with some form of illegal substances as part of another misguided effort to help the Forrester’s? Well, LoCicero’s character took it upon himself to send Steffy pills. Those unauthorized pain-killers knocked her out on one known occasion and also scrambled her brain, as everyone realized when she pulled a knife at Brooke Logan Forrester’s (Katherine Kelly Lang) estate.

If Thomas’s problem is purely physical, then he could have a brain tumor or some other serious health issue. Viewers know that his mother has also battled mental health problems, which plays into fears that Thomas will create chaos unless he’s helped first.

Hopefully, Finn’s proximity to Steffy means that some type of referral-based diagnosis is coming and with it avoidance of Thomas following through on whatever he thinks the doll is telling him to do now, or next.