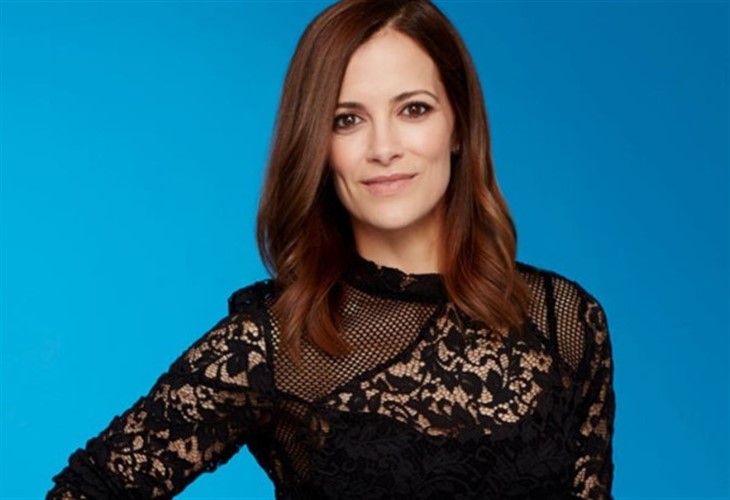 ABC General Hospital spoilers reveal that Rebecca Budig s teasing fans about her work status and we have the details for you right here.

The perky actress has just posted some scintillating information on her Insta and she is definitely back working. Do you want to know where she is working? So do we!

Budig posted a pic of herself in a grand room next to a framed picture and a table in the background. She captioned it with one simple word, “Working…”

General Hospital Spoilers – GH Alum Rebecca Budig Is Back To Work But Where Exactly?

Budig has a look on her face that is similar to the cat that got the cream, and she obviously is enjoying her teaser. Many fans will leap to the conclusion that she is back at work in Port Charles, but we can’t tell that for certain. Plus, the network hasn’t made an announcement.

Which is not to say that she isn’t back on the ABC sudser! For now, we will have to sit tight until Budig reveals more details about her latest project.

Budig has appeared on several daytime dramas in her career and many of her costars were quick to respond to her enigmatic post. Alicia Minshew played Kendall on All My Children and wrote, “Gorgeous! I know… but I’m not gonna tell…”

GH Spoilers – Do You Want Hayden Barnes To Come Back To Port Charles?

Budig debuted on GH as Hayden Barnes in 2015. Hayden left town in 2017 but came back in 2019 to reveal that she and Hamilton Finn (Michael Easton) had a secret love child. Then she took off again!

After leaving GH Budig nabbed the role of Carlene Hart on L.A.’S Finest. She has not divulged any deets about her new project other than to say that one intriguing word, “working.”

Now would be a perfect time to come back for a GH visit as her paramour is in the hospital. He was shot by his current flame’s evil twin and we know that Hayden never really got over Finn. It would be a no brainer if she came back to see how her baby daddy is doing. Tell us what you think GH fans, will that happen?