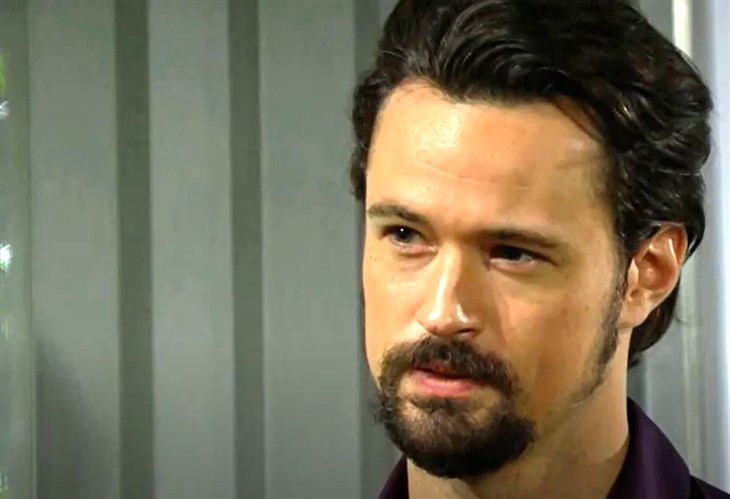 Hope Spencer (Annika Noelle) feels sorry for Thomas and is trying to see the good in him. John Finnegan (Tanner Novlan), who Liam thought was an ally, is also choosing to believe that Thomas’s issues aren’t screaming signals for help. But, as viewers know, everyone, except Liam, is seriously underplaying Thomas’ actual plight.

The Bold And The Beautiful Spoilers – Matthew Atkinson Killing It Again

Atkinson has taken his recast hire as this character and made what was already a compelling persona all the more electric. His performances hit the mark so hard because he strikes the perfect balance as a tortured villain.

Thomas truly is a suffering soul. Fans related to Hope’s recognition that Thomas was spending most of his time in the apartment when he wasn’t at work, and basically was lonely. He no longer has his son by his side and despite facing the needed consequences of his actions, is still a human being who has emotions like anyone else.

Liam is spot on when it comes to recognizing the warning signs that Thomas is exhibiting. But Clifton’s character naively thinks that his aggressive approach to presenting his beliefs about Thomas are persuasive when they haven’t been.

Family ties prevent Steffy from hearing Liam’s message. Hope loves Liam, but she also is affected by Thomas’s persistent admiration of her.

Thomas is someone who she sees as a work in progress and that intentional bias is making her rationalize his highly unusual behavior with the Hope doll as a sole form of creative expression, which it’s not.

With whatever anyone’s reasoned thoughts and feelings, Thomas has a history of sinking himself by going too far. So, if he follows through on what he believes the mannequin is telling him then everyone will learn that Liam wasn’t wrong.

The Bold And The Beautiful Spoilers: Thomas Knows He's In Trouble But Only Hope Can Save Him #bb #Boldandbeautifulhttps://t.co/c2UmasShKP

However, many creative plot twists have allowed this daytime villain to endure. So, B&B fans should avoid being distracted by the Hope doll themselves and keep their eyes on Thomas, who’s fated to commit more memorable acts as this entertaining arc plays out.