General Hospital Spoilers: Brando Wants To Save Sasha From Cyrus, Hero Starts To Have Feelings For His Damsel In Distress 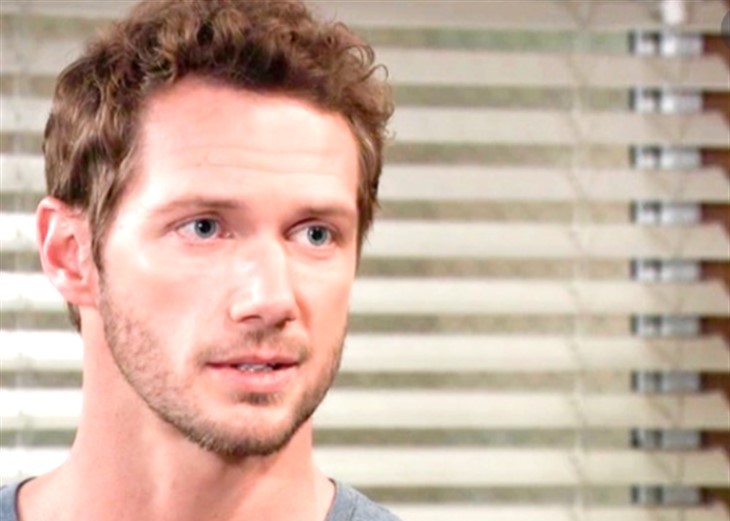 General Hospital (GH) spoilers tease that Brando Corbin (Johnny Waycor) is in quite a complicated situation already, pretending to be loyal to Cyrus Renault (Jeff Kober) while secretly still working for Sonny Corinthos (Maurice Bernard). But as difficult as that might be on its own, the presence of Sasha Gilmore (Sofia Mattsson) may make things even more complicated as Brando tries to keep Sasha safe, even while doing Cyrus’ bidding.

For months now, Sasha’s life has been falling apart. She tried to do the noble thing by pretending that she and Harrison Chase (Josh Swickard) were having an affair so their significant others, Michael Corinthos (Chad Duell) and Willow Tait (Katelyn MacMullen) would marry and ensure that they got custody of Wiley Corinthos (Erik & Theo Olsen). The plan worked but that has left Sasha alone, and it wasn’t long before she began to turn to drugs. Viewers have watched as Sasha becomes addicted.

GH Spoilers – Brando Corbin Has A History Of Addiction As Well

Brando was once as addict himself, so he knows a thing or two about what Sasha is suffering through. Even though he’s working undercover for Sonny, he won’t likely be able to just stand by as Sasha destroys herself. But how much can he do without drawing attention to himself? Cyrus is the one who is supplying the drugs to Sasha, so anything Brando does will have to be done discreetly or Brando could wind up dead.

But Brando is determined to help take Cyrus down so that no one else will suffer like Sasha is right now. It’s going to be difficult to help Sasha, especially if she isn’t ready for help. A likely scenario seems that Sasha will overdose and Brando will be the one to save her life, acting as sort of a guardian angel, maybe without Sasha even knowing that Brando is helping her out behind the scenes. Perhaps if they both come out of this situation alive, then they might even find love.

GH Spoilers – Good For Each Other!

Sasha and Brando could be really good for each other if circumstances were different. They could even become one of the strongest couples in Port Charles. But that would be way down the road. Sasha has to realize that the drugs are killing her and Brando needs to maintain his undercover work. But once Cyrus and his drugs are gone from Port Charles forever, these two could possibly find love in the most tragic of situations.

Will Brando be able to assist Sasha while maintaining his cover? Will Sasha survive her addiction? Can these two lost souls find love? Anything can happen in Port Charles, so stay tuned to General Hospital airing weekdays on ABC. And don’t forget to check back right here regularly for all your General Hospital news, information and spoilers.