The Young And The Restless Spoilers and Rumors: How Will Theo Exit Genoa City? What We Know! 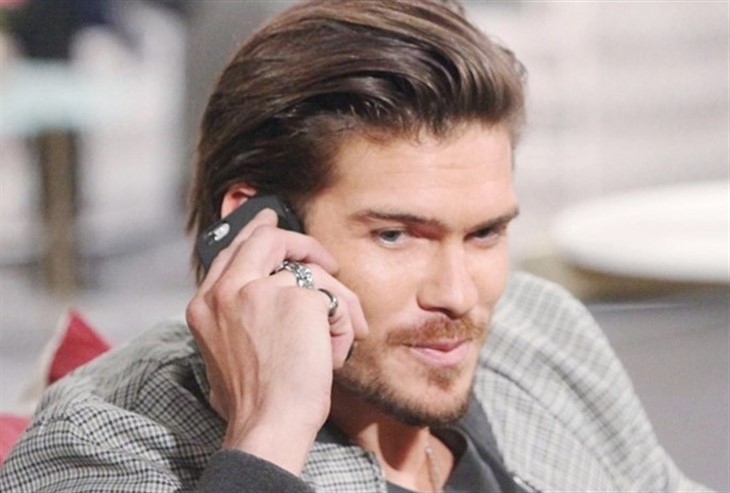 CBS The Young and the Restless rumors indicate that Theo Vanderway (Tyler Johnson) will exit Genoa City in grand fashion.

Last week Tyler Johnson made the announcement that he was leaving Y&R. Fans were upset by the news because they had come to love Theo’s character. Throughout his feud with Kyle Abbott (Michael Mealor), many fans were on Theo’s side.

Theo is in the midst of a huge storyline as he’s fighting the Abbotts for a portion of his grandmother Dina Mergeron’s (Marla Adams) estate.

But with his impending exit, many are wondering how Theo will be written off the show.

The Young And The Restless – Killed Off?

Rumors have been circulating that a character from the show would be killed off.

Given that Johnson’s on his way out, fans assume the character of Theo will die.

If the show does decide to kill Theo, they could have him die in a car crash or of natural causes. Then they could also have a murder story revolving around him.

Suspect number one would be his cousin and nemesis Kyle, who had a lot of anger towards Theo. Also, Lola Rosales (Sasha Calle) and Summer Newman (Hunter King) would also be mixed in with the story.

Although Theo’s death would make for juicy storytelling, fans are hoping the show doesn’t go in this direction.

The Young and the Restless Spoilers: Rey Rosales Is The Shooter? Chance Hit By Bullet Meant For Adam

Another scenario surrounding Theo’s exit has to do with his grandmother’s estate.

Jack Abbott (Peter Bergman) and the rest of the Abbott family welcomed Theo with open arms. Jack even gave Theo a job at Jabot, which he was later fired from.

When Dina recently passed away, all of the Abbott family was there as she took her final breath. However, Theo was excluded from being at his grandmother’s side. Aside from not being there to say goodbye to Dina, Theo was also upset when he didn’t get a piece of Dina’s necklace, which was divided up for family members.

A hurt Theo confronted Jack about the exclusion and Jack tried to get Theo to understand his side of the story.

However, Theo is unable to let it go. Feeling that the Abbotts have treated him unfairly, he’s decided to go after what’s his. With the help of Brittany Hodges (Lauren Woodland), Theo plans to get a portion of Dina’s estate.

This of course is going to throw the Abbott family for a loop as they try to stop Theo from getting his hands on Dina’s money.

Young And The Restless Spoilers & Rumors: Is #YR Killing Off Faith Newman, Just Like Cassie?https://t.co/LTKT388e4Q

The story could play out in several ways. One involves Theo actually getting a share of the money, either by winning his lawsuit or reaching a settlement.

The other scenario is that Theo loses his case, but steals either Dina’s money or her necklace, then takes off.

Whether Theo wins or loses, this is going to lead to his departure from Genoa City, and it’ll also leave the door open for a potential return down the line.