General Hospital Spoilers: 3 Reasons Why Carly Might Be In Over Her Head 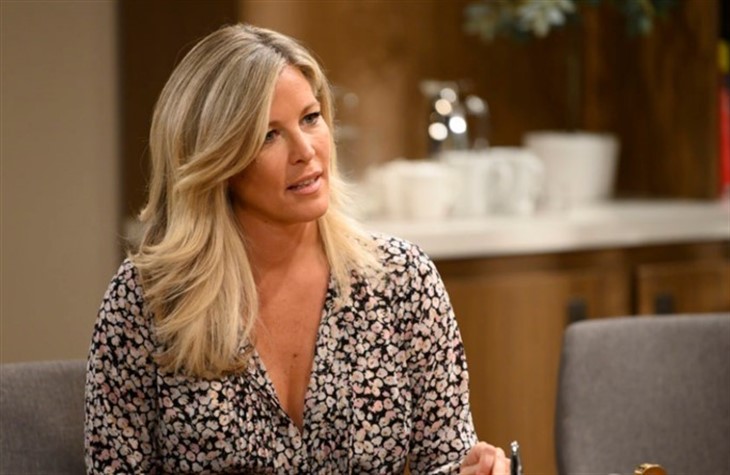 General Hospital spoilers and updates reveal if there’s one thing that we’ve learned about Port Charles, NY Carly Corinthos (Laura Wright) over the years, it’s that she’s always cool, calm, and collected. She knows how to defend her family, her good name, and her home, and she certainly isn’t afraid to fight back or even bite back, depending on who is on the receiving end.

However, these days life has certainly gotten a little harder, more emotional, and definitely challenging for this beautiful blonde and she has faced the kind of adversities that you normally wouldn’t see. But then again in a town like Port Charles, anything is possible, right? With that said though, there’s a chance that Carly might be in over her heard. Here are three reasons why.

You’d think that with both of their troubled pasts, Carly and Nelle Benson (Chloe Lanier) would have by now managed to put their differences at rest and at least press the pause button on trying to destroy each other’s lives. Unfortunately, that hasn’t happened yet and at this point, it might never happen.

Each time Nelle comes crawling back to Port Charles, Carly makes it her mission to try and destroy her or at least keep her at a distance from her loved ones. Nelle is that itch that you just can’t scratch and for Carly, she will never be able to erase her from her life.

#2 Carly Corinthos’s In For A Huge Shock In Her Life, And Yes, Jax And Nina Will Be Impacted Too

General Hospital spoilers tease that Carly is in for the shock of her life and yes, it will happen in her own backyard. What will make things interesting here is that both Jasper Jacks (Ingo Rademacher) and Nina Reeves (Cynthia Watros) will also be connected to this, as Carly’s problem will tie in directly with what’s going on with Carly. To make matters worse, the truth may come back to bit Jax right in the face.

#3 Carly Corinthos Might Be Slipping Away From Sonny, Who Is Fighting His Own Battle With Cyrus

All Sonny Corinthos (Maurice Benard) wants to do is to make sure that the streets of Port Charles are kept safe and in his control, of course. But that’s not going to happen with Cyrus Renault (Jeff Kober) alive and present.

With Carly and Sonny at opposite ends, who knows if this fan-favorite couple will even last by the end of the year. Let’s just say it’s going to take a whole lot of love and energy to help get them through their challenges. Do you agree?