The Bold and The Beautiful Spoilers: 3 Reasons Why We Are Totally Loving Paris Buckingham 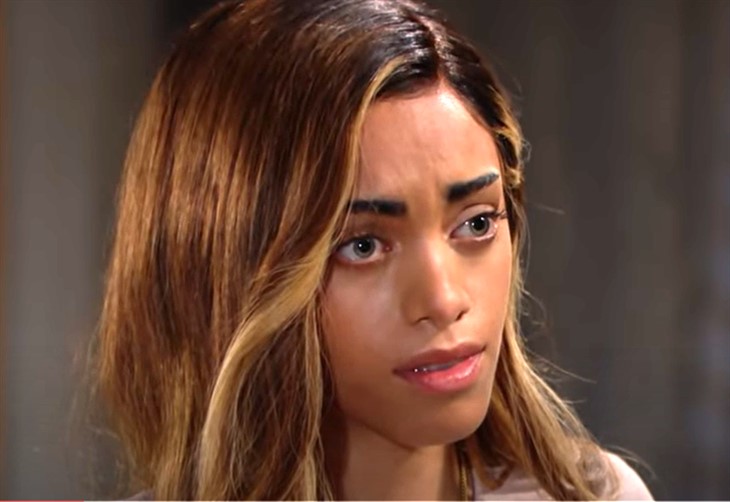 The Bold and the Beautiful spoilers say that there’s a new hottie in Los Angeles and from what we can tell already, she’s not only beautiful, but she’s definitely bold, too. Of course, we are talking about Zoe Buckingham’s (Kiara Barnes) sister Paris Buckingham (Diamond White), who is already turning heads and making people talk even though she’s just been at Forrester Creations for one hot second.

While there are still a lot of things we need to learn about Paris and her mysterious past and why she’s now in this fictional town of Los Angeles, here are three reasons why we are already loving Paris. Here’s what you need to know.

#1 Paris Buckingham’s Confident, She’s Not Afraid To Speak Her Mind, And She Knows What She Wants

We’ve only seen Paris Buckingham on the small screen for a hot second, but we can already see that she’s a very confident woman who is not afraid to speak her mind and that she’s also someone who knows what she wants. In other words, she is the exact opposite of her sister Zoe, who for the longest time was afraid to tell anyone the truth about Hope Logan’s (Annika Noelle) baby. Paris would have certainly handled that situation differently.

While there are still a lot of things that we need to know about Paris, there’s a good chance that she might be like her father, Dr. Reese Buckingham (Wayne Brady), who was forced to do unethical things in order to clear his gambling habits. Now, that’s not to say that Paris is doing shady things behind everyone’s back but you just don’t magically appear in a town like Los Angeles without a reason, right? Paris is up to something.

According to the latest edition of Soap Opera Digest, actress Diamond White admitted that her character has a huge secret but what that secret is, remains to be seen.

Either way, the truth always comes out at Forrester Creations, for better or for worse. Whatever happens, this secret might end up benefiting Diamond but it might also put those around her at a disadvantage, including her own sister Zoe. Watch this space as there is so much more to come.