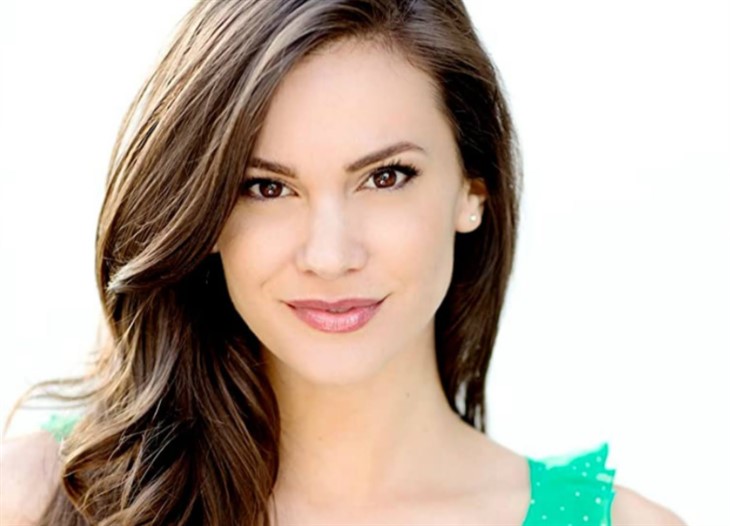 ABC General Hospital spoilers reveal that  Brook Lynn Quartermaine (Briana Lane)has announced to everyone that matters that she is leaving Port Charles, NY to go back to her namesake borough, Brooklyn, NY. Why? She has to find herself all over again after being viciously slashed in the throat by Nelle Benson (Chloe Lanier).

Lane recently talked to Soap Opera Digest about her portrayal of the onetime mute character and what it was like to use technology in her scenes.

When Brook Lynn was hospitalized after having her throat slashed, she used a tablet to communicate. According to Lane that was a tricky proposition, “because instead of memorizing lines, I had to memorize by cues.”

But she notes that it was almost a gift because she didn’t have to memorize words. “But using the iPad was a little tricky,” because the lines were preprogrammed in and she had to be careful not to get ahead of herself on the screen. “So there were some technical challenges there!”

General Hospital Spoilers: Brando Wants To Save Sasha From Cyrus, Hero Starts To Have Feelings For His Damsel In Distress

She also gave a shout-out to her costars Wally Kurth and Lisa LoCicero who play her onscreen dad Ned Quartermaine and stepmom Olivia Falconeri, respectively. They all shared some very emotional scenes following Brook Lynn’s attack and according to Lane, LoCicero especially is adept at turning on the waterworks. “I mean she’s just an extraordinary actor,” she says. “She can cry in, like, 2.5 seconds, and then be laughing in the next scene!”

She notes that in real life LoCicero is hilarious and the two ladies shared some powerful scenes in which Olivia tried to convince her stepdaughter to give her father another chance.

General Hospital spoilers – What Is Next For Brook Lynn?

It appears that Brook Lynn has finally taken that advice. She has let her dad know that she has forgiven him and all is good between them after he threw her out of the house for her duplicity with Valentin Cassadine (James Patrick Stuart).

General Hospital Spoilers: 3 Reasons Why Carly Might Be In Over Her Head #GH #GeneralHospital https://t.co/iJKIAAHkx1

In a terrific Friday Cliffhanger, Brook Lynn told Ned that they’re back on the same page but she needs to get out of town to clear her head. He implored her to stay put and do some soul searching in town but Brook Lynn has a mind of her own!

Briana Lane has taken over the role of Brook Lynn while her portrayer Amanda Setton is on maternity leave.