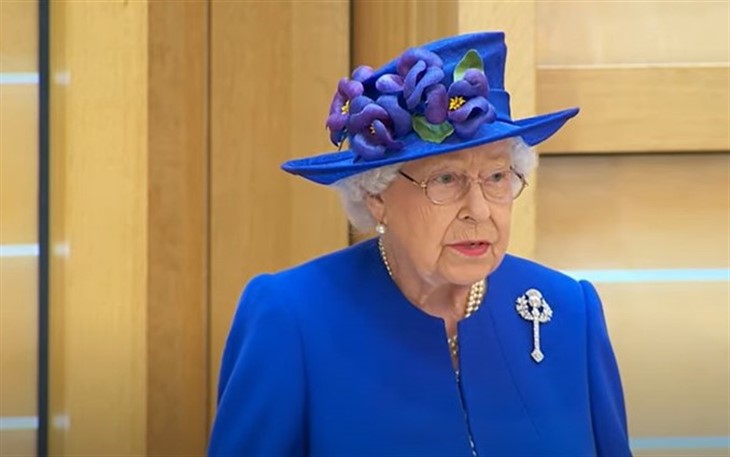 British royal family news reveals that the United Kingdom’s royal family is well known for their love of pomp, circumstance, and arcane tradition. For example, little royal boys must always wear shorts. Actually, this is a tradition observed by the upper echelon in Britain and the Royal Family is no exception. Here are five of the bewildering and sometimes amusing protocols Queen Elizabeth and her family follow.

Actually, the family calls it a documentary and it’s about their day to day life at Buckingham Palace and originally aired in 1969. The up-close and personal glimpse into the family was meant to convince a skeptical public that keeping the royal family around was worth every penny. But the film was mocked and as a result, Queen Elizabeth sent the film straight to the royal archives where it gathers dust.

#2 The Queen’s Handbag Sends Covert Messages To Her Staff

The queen arrives at an event with her purse on her left arm, but when she’s ready to get rolling, the purse is slipped onto her right arm. The attentive staff knows this means she wants to move along and so go to fetch her.

#3 Prince Charles Has Someone Iron His Shoelaces

Take this next one with a grain of salt because it comes from Princess Diana’s former butler, and as the world knows there was no love lost between her and Prince Charles: apparently the heir to the throne likes to have his shoelaces ironed before he uses them. Plus, he likes his pajamas pressed every day and the bathtub plug must be in a specific position. Camilla, are you listening?

It’s good to be the queen and it’s good to be a prepared queen apparently. When Queen Elizabeth travels she likes to haul her own blood around with her—outside of her body. Just in case.

She also takes her own tea kettle (monogrammed so there’s no confusion over whose kettle is whose) and she brings Earl Grey tea, too.

And, the Royals never leave home without a black outfit—for the macabre reason that someone in the family might die. Yikes.

Royal Family News: After Prince William’s COVID Battle He Desperately Needs To Do This To Return To Normal #RoyalNews #PrinceWilliam https://t.co/MqiPLV324d

5. The Queen Owns All The Dolphins And Whales In Britain.

Did you know that the queen owns all the fishies in the deep blue sea? Well, almost. She owns all the whales and dolphins in the waters surrounding the UK and they are called the Fishes Royal. Bonus trivia: The Queen also owns all the swans in Great Britain.