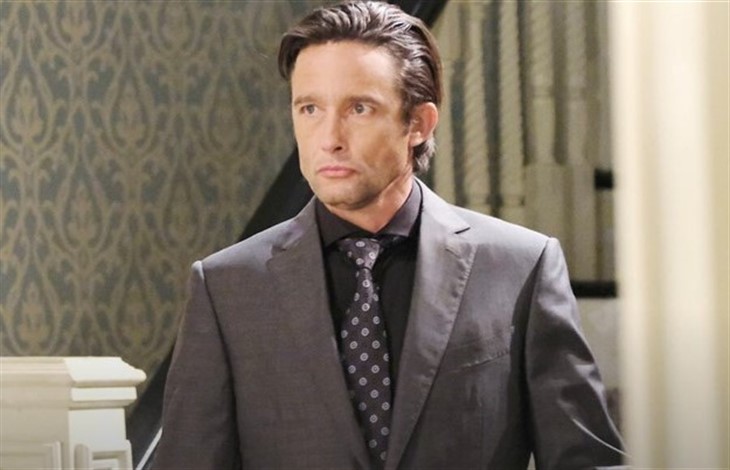 NBC Days of our Lives spoilers indicate that in Salem strange bedfellows are cavorting together in Salem. Ava Vitali (Tamara Braun) and Philip Kiriakis (Jay Kenneth Johnson) are in cahoots and trying to take over Titan Industries in Salem. Will they succeed? At the moment there is a lot of friction between these two as Ava is not pleased with her partner’s slow as molasses progress.

Braun is bringing Ava back to the canvas after her character died. Obviously, her return from the dead will shock everyone in town but mostly Steve Johnson (Stephen Nichols) who has long been the object of the crazed woman’s affections.

Braun recently spoke to Soap Opera Digest about her return and what her character has planned. First off it has been revealed that she is Philip’s secret partner, that the one he has been having furtive conversations on the phone with is none other than Ava. Of her onscreen partner, Braun says, “He’s got some gambling debts.” Philip borrowed from the Vitali’s (big mistake) and now he is repaying the favor by laundering dinero through his family’s company, Titan.

Philip could be in major trouble since Ava is not happy with him, and as Braun notes, “If you’ve ever dealt with Ava or the Vitali’s in general, you don’t want to cross them.”

Silly Philip seems not to know when to stop antagonizing Ava as her portrayer previews that he gets in deeper when he decides to tease her about Patch. Ava shuts down Philip’s speculation that she is there for her old hottie but fans know differently!

Ava has hot-footed it over to Steve’s place and is about to knock on the door when she has second thoughts.

Days Of Our Lives Spoilers: Steve And Kayla Continue To Argue About Tripp's Guilt Or Innocence #Days#DOOL #DaysOfOurLives https://t.co/LZPiqd8hzM

Days Of Our Lives spoilers – What Will Ava Vitali Do Next In Salem?

Steve is not the only person she will want to connect with, her son Tripp Dalton (Lucas Adams) is also in Salem. He has been accused of raping Allie Horton (Lindsay Arnold) and a DNA test seems to prove that. But all may not be as it seems. There is speculation that Charlie Dale (Michael C. Manning) is Ava’s son and that he is actually the one who is the attacker. Either way, it seems that Ava has a lot of irons in the fire at the moment!