General Hospital Spoilers: Jason Tells Britt His Theory About Cyrus, Wants Her To Spy For Him? 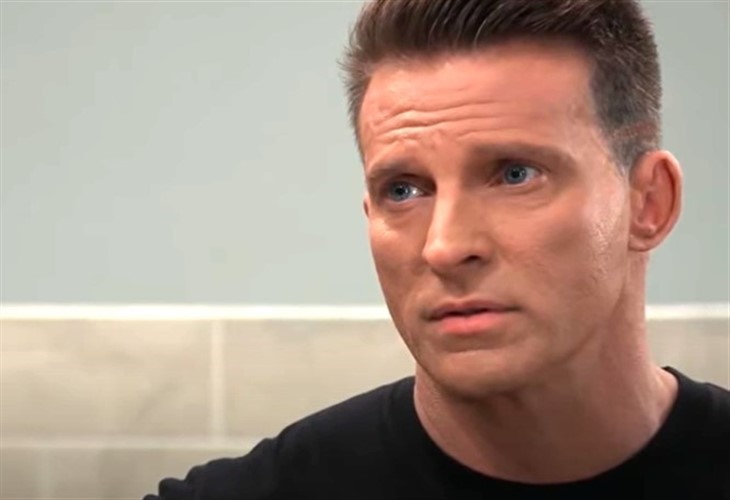 General Hospital viewers will recall that Jason and Britt talked about Cyrus and why she came back to GH in a previous episode. They were in the Floating Rib, talking over a game of pool. Jason had asked her how she got any free time in, considering his stepmother Monica Quartermaine, (Leslie Charleson), the previous GH Chief of Staff had never had any time off. She told him she needed a break from being the winner of the unpopularity contest at the hospital!

She said she preferred to play pool alone, and Jason told her she just needed the right partner. She wondered if she had gotten herself into Jason’s crosshairs and he assured her she had not. Britt had assured Jason she was there for the job, and that she wouldn’t have anything to do with taking sides between Sonny Corinthos (Maurice Benard) and Cyrus. Cyrus had made her an offer she couldn’t refuse. Jason guessed he had something on her.

Then they were interrupted by Lulu Spencer, (Emme Rylan) who was also there, having just come from a meeting with Peter August (Wes Ramsey) who told her she needed a different angle for her story as opposed to a blatant exposé of Cyrus, who she didn’t have enough provable intel on. Jason wants Britt to be his eyes and ears inside GH, but he didn’t admit it to Lulu when she questioned him about it!

Jason meets with Britt and first tries to tease out of her if her hiring and firing decisions are autonomous, or if they are coming from Cyrus. He explains that it is a huge coincidence, if it even is one, that all the people that have been either fired or demoted are connected to either him or Sonny.

Epiphany Johnson (Sonya Eddy) had been in a long term relationship with Milo Giambetti (Drew Cheetwood) one of Sonny’s security guards. Britt may explain that she was told to fire Bobbie and Monica because of their complicity in fraudulently allowing Wiley Corinthos’ (Erik and Theodore Olson) heart operation that his mother, Nelle Benson Jerome (Chloe Lanier) had not wanted to be done. However, Britt herself would have sided with Michael Corinthos (Chad Duell) on that, not with Nelle. Britt would not risk a child’s future life by not okaying the operation.

She also says that the demotions of Epiphany and Elizabeth were budget cuts – or at least that was the cover story. She agrees with Jason there does seem to be more going on than meets the eye and becomes a little suspicious herself. Jason thinks also that Cyrus is using the hospital as a front for running drugs, and any of the people she demoted or fired would have outed him to the police. Britt agrees to work with Jason to keep eyes and ears on Cyrus and report back anything that she is suspicious of.