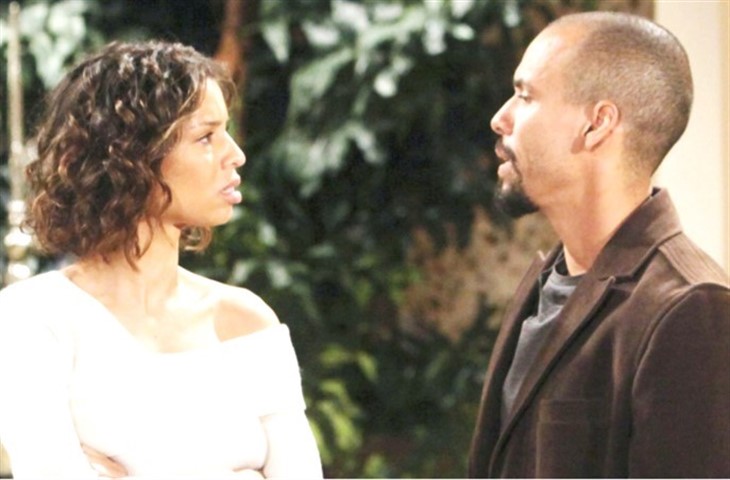 The Young and the Restless spoilers and updates say that in Genoa City, Wisconsin they definitely look cute together and on paper and even make a great couple off-screen, but the future doesn’t look very good between Devon Hamilton (Bryton James) and Elena Dawson (Brytni Sarpy) and for several good reasons, too.

As much as Devon and Elena will try to make things work – let’s face it – it’s just not going to happen, especially with Devon, his demons, and the past that keeps haunting him. With that said, here are three reasons why Elena should consider moving on from Devon, for her sake and for his. Check it out below and let us know what you think.

#1 As Long As Amanda Sinclair Is Around, Devon Will Always Be Haunted By The Past

Devon is a man that is haunted by his past and especially haunted by the death of his wife, Hilary Curtis (Mishael Morgan), and their unborn child after they were killed in a car crash with Lily Winters (Christel Khalil) at the wheel. Seeing how Amanda Sinclair (also played by Mishael Morgan) is the spitting image of Hilary, Devon will never be able to forget her, as long as Amanda is around.

If there’s anything that we’ve learned about Elena Dawson, is that she’s a woman with a conscience, unlike some other people in Genoa City. She feels absolutely devastated that she slept with Nate Hastings (Sean Dominic) behind Devon’s back. But at the same time, seeing Amanda near Devon has given Elena a reason to feel so insecure. Still, everyone knows that you can’t keep secrets hidden for too long before they come out.

With all of the above said, it’s without a doubt that Nate doesn’t feel like letting go of Elena, especially after their heated night of passion. For as long as he is around (and he sure isn’t going anywhere), Nate will remind Elena of what she’s missing out on while making her feel even more torn about what to do. Watch this space, as there is so much more to come.