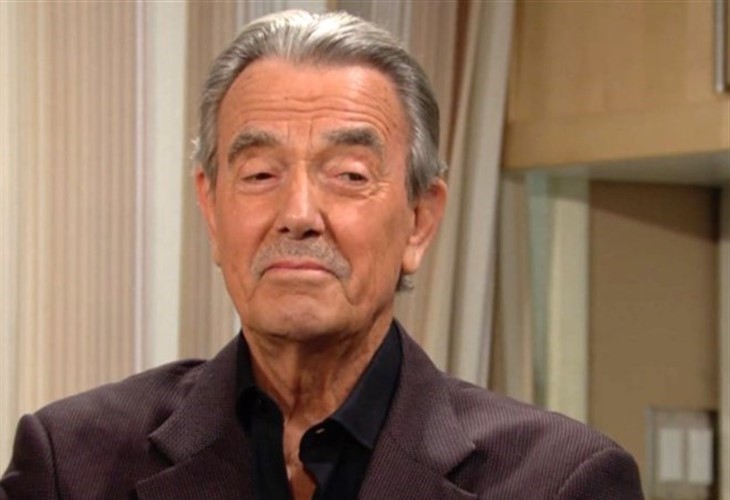 The Young and the Restless spoilers document that in Genoa City, Wisconsin Chance Chancellor (Donny Boaz) is grateful that he’s alive. He’s also pleased that Victor Newman (Eric Braeden) gave him his blessing.

The Moustache appeared shortly after Chance texted him. The appearance of Braeden toward the end of a recent episode allowed Y&R’s storied history to be referenced as well.

The Young And The Restless Spoilers – Just Doing His Job

Victor deeply appreciated Chance’s bravery in saving Adam Newman (Mark Grossman) from likely being hit by a bullet. Chance’s dive in front of Adam blocked the release from a shooter who’s still on the loose.

Chance told Victor that he was just doing his job, but Victor would have none of it. The head of the Newman clan was also grateful to hear that Adam visited and offered effusive praise. Chance didn’t feel the need to tell Victor that his friendship with Adam was strained, if not over.

The Young and The Restless News Update: Donny Boaz Talks About Being Constantly Recognized By Fans

Elena Dawson (Brytni Sarpy) was glad to relieve Abby Newman’s (Melissa Ordway) concerns. Chance survived the bullet and made it through surgery. An infection he later developed generated a momentary scare but proved not to be life-threatening.

Chabs, a reasonable nickname for this likable couple, was engaged on the day Chance was shot. But that violent event now seems unlikely to prevent a wedding from taking place. Chance is motivated to marry the woman he’s head over heels in love with as soon as possible.

Abby’s devotion to Boaz’s character is real and, as longtime fans can see, represents the deepest connection she’s had to any man. Victor recognizes Chance’s importance and also values his place in Y&R’s history.

The Young And The Restless Spoilers – Great To Reference Katherine Chancellor

The greatest actor and character in this soap’s history is inarguably Jeanne Cooper (Katherine Chancellor). Braeden, who was great friends with Cooper off-screen, would not take offense at this statement.

It’s always touching when the writing staff references the Grande Dame. Chance’s presence on the show, in and of itself, plays tribute to Katherine as well.

So, it was fitting when Victor wistfully mentioned to Chance that he knows Katherine would be glad that her grandson was marrying his daughter. Braeden’s on-screen performance was valued by devoted fans who, like him, miss the one and only Cooper and the famous character she portrayed from 1973 through 2013 when that actor and her indelible character left the show and went to heaven.