Days Of Our Lives Spoilers: Mike C. Manning Appeared On MTV Before DOOL – What You Need To Know! 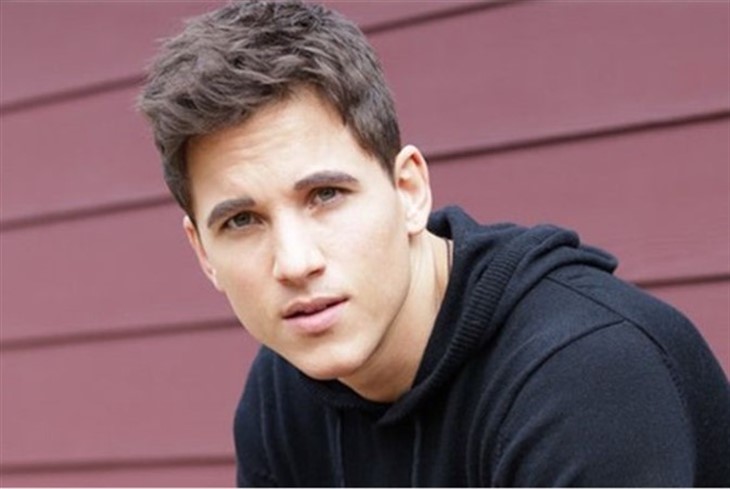 NBC Days of our Lives spoilers and updates tease that Salem newbie Mike C. Manning (Charlie Dale) might look familiar to daytime fans. If you have a nagging suspicion that you have seen the handsome and talented actor before you’re right!

Manning debuted as a tv pro on MTV’s reality shows The Real World: D.C. in 2009. It was a great intro to the reel world for him he told Soap Opera Digest.

Days Of Our Lives spoilers – Mike C. Manning Is In The Reel World Now

He told the mag that being around all of the cameras helped him lose any hint of self-consciousness and taught him to be himself on camera.

“It was a great experience for me because, at that time in my life, I grew up in a conservative town, a smaller suburb of Colorado.” He added that the MTV show opened his eyes to the entertainment industry and he has nothing but gratitude for the show.

Being in the nation’s capital allowed him to lobby members of congress and he continues to be politically active today.

Would he do a reality show again? No way! “I like my privacy too much now, but for what it was, it was a great jumping-off point,” he says.

Days Of Our Lives spoilers – What Is Next For Charlie Dale In Salem?

Manning is now in Salem and taking the soap world by storm with his portrayal of mysterious Charlie Dale, a good guy who may not be all that in the end. Charlie entered the scene as an intern caught between two bosses and now one of them, Xander Kiriakis (Paul Telfer), has taken him under his wing which may or may not turn out to be such a good idea.

Fans are very vocal about who they think Charlie really is—is he a mild-mannered intern or the secret son of Ava Vitali (Tamera Braun) who has returned to the show after a period of being dead (but definitely not looking worse for the wear!).

Or is Charlie somehow connected to Allie Horton’s (Lindsay Arnold) attack in London?

Right now he has his eye on Claire Brady (Isabel Durant) and she has her eye on him. Will this two hook up and create a new Salem supercouple, Chaire, or is doom and gloom on the horizon?